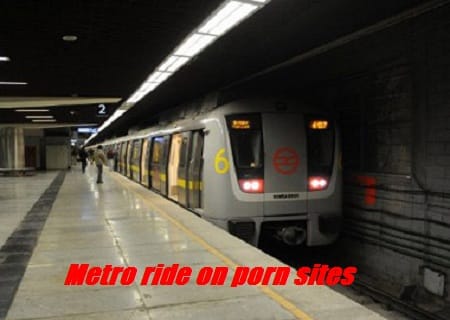 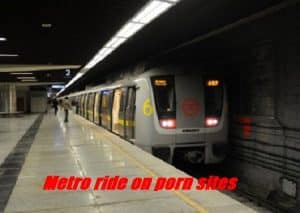 According To a report of Hindustan times More than 250 Video clips of couples making out in empty metro, Has been leaked, The clips leaked seems to be of Surveillance camera.

Source says the only way the footage could have been leaked could be by someone from Delhi metro rail corporation officials. (DMRC).

DMRC Has approached to the cyber cell of Delhi police on tuesday, They asked Cyber cell to ascertain if the footage are of the CCTV.  Although the security cell of DMRC Says the footage are Doctored And are not from those captured from CCTV.

“We have found two such clips on the internet showing couples getting intimate and sent them to the cyber crime cell. We will also seek help from the Central Industrial Security Force (CISF) to unearth the reality,” said Anuj Dayal, chief spokesperson, DMRC.

Dayal also Added If any official is found guilty he would be charged  under the Indian Penal Code and Operation and Maintenance (O&M) Act of the DMRC.
In one of the videos clips, Announcement made inside the train could be heard, But the CCTV cameras from Delhi Metro do not have any Audio recording device, Said by Dayal.

CISF director general Rajiv said his personnel did not have any access to the CCTV footage. “These might have been captured by mobile phone cameras.”
A DMRC official said that in each of the two clips available on an adult site, the camera remained focussed on the couple and did not pan, tilt or zoom like CCTV cameras typically do. “Four CCTV cameras are installed inside a coach and these together cover at least 90% area. These cannot focus on a particular corner or area or persons for more than a few seconds,” said a senior official from DMRC’s security cell.

Moreover After 8 hours of Day’s operation the data from CCTV is overwritten said by An official.