Even the Police are humans, especially the secret service once. This was revealed today by a self proclaimed exiled Syrian hacker who claimed that he hacked into the Mukhabarat website only to find the more human side of the dreaded Syrian intelligence officers.

The Mukhabarat or Idarat_al-Mukhabarat_al-Amma as its called in Syria, is the name of the Syrian Intelligence agency which snoops on the anti-Assad and pro-rebel Syrians and takes action against them.  It is this Mukhabarat which is a major weapon used by Assad for his fight against the rebels.
The hacker who is on exile from Syria reported broke into the computer system of the Mukhabarat only to learn that they too are humans.  He found out that most of the computers had porn in them suggesting that pornography.  It is also learnt that this hacker who hacked the Mukhabarat computer system was in leading member of the youth wing of the anti Assad opposition and had to flee to Europe when several of his colleagues from the opposition were arrested by the Mukhabarat. 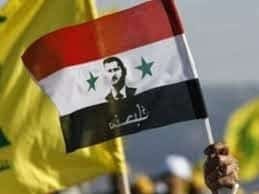 It may also be noted that Syrian has become the latest battleground for computer hackers and webjackers.  Over past two years there have been several instances of the pro and anti Assad groups fighting it out on the cyber world.  Thought they fight among themselves the western world is often made their victim for either supporting or opposing the Assad regime.  One of the most active groups involved in the cyber fights and webjacking using DDoS attacks is the Syrian Electronic Army.  The Syrian Electronic Army is fiercely pro Assad and often mounts web attacks on the United States and its Allies.  The latest victim of the Syrian Electronic Army was President Obama himself when the SEA hacked the campaign page of the President to lead the visitors to a pro Assad website showcasing a video of the violence perpetrated by the anti Assad rebels.
The news about the Mukharabat systems hijack could not be confirmed independently as of now.