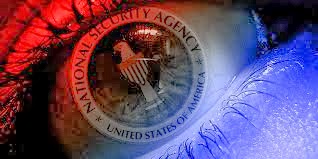 Here is a latest news about NSA Spying program. According to a source The German government and German Federal Intelligence Service are facing legal action because they have helped the US National Security Agency(N.S.A) Data collection program.

According to a German computer scientist, Constanze Kurz an legal action will be sent to the authorities next Monday. The complaints will bring charge over the involvement of German government in the NSA Spying program. There are several person as well as organisation which are suing German Government.

Kurz also added that the action was also started because they did not tried to stop NSA from tapping phones, spying and hacking on computers and collecting large massive amount of data”

According to the Document leaked by the Whistle blower, Edward Snowden, “The German Federal Intelligence Service and German government have been co operating with NSA and have used spying software provided by NSA. The German Federal  office for information security played major role in exchange of information among intelligence agencies referred to by the NSA. NSA also provided Spying Tools like XkeyScore, Xkeyscore is the tool which helps National Security Agency of US to collect data and search efficiently through large number of emails, online chats, Browsing Histories without authorisation”.