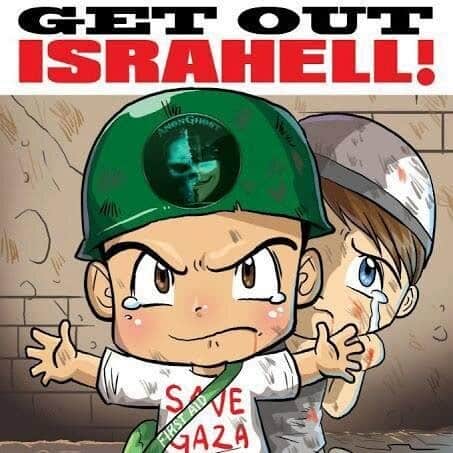 With the Israel-Palestine war going on, it wasn’t long before hackers attacked Israeli sites under the banner of #OpSaveGaza. Actually hacktivists groups have long been attacking Israeli websites but the latest attack comes on back of the deadly Israeli-Palestine war going on which has already claimed more than 900 victims. A hackers collective called AnonGhost had launched a massive Distributed Denial of Service (DDoS) attack and brought down leading Israeli news website Haaretz.

A report published in Haaaretz confirmed that it was indeed DDoSed on for a entire day on 21st July, 2014.   The news also said that during the said attack, access to foreign websites that landed in Israel were blocked to stop the attack.  Haaretz also said that the above action was taken in active co-operation with the Israeli Internet authority and National Data Protection Agency GSS.  The following is a video put up by Haaretz.

AnonGhost has also hacked and defaced thousands of Israeli websites in the last few days under the operation #OpSaveGaza. reports suggest that hackers from different parts of the world are joining the operation too.

In a separate incident, the Israeli Homeland Security agency confirmed a massive DDoS attack against a Israeli ISP making the browsing very slow for almost all users of the said ISP.  The ISP, which was not named, was slowed by DDoS attack has caused severe disruption on the network for two hours on 22nd July 2014. An increase of 1,000% in attacks from abroad has been noticed since the beginning of the military campaign, according to a report published by the newspaper.

With no signs of the conflict ending anytime soon, we expect more attacks on Israeli online entities from the hacker groups in near future