FreeCharge 4.3 for Android – FreeCharge’s latest App version is in the market now which is v. 4.3. The app’s latest version has some good improvements to both features and to the performance of the app and FreeCharge 4.3 is performing well than its previous version, FreeCharge 4.2.

How to install  FreeCharge APK: 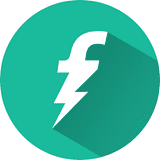 FreeCharge APK app is a freeware provided by Freecharge India which is an e-commerce website headquartered in Mumbai, Maharashtra, India