Samsung seems to have taken its dethroning by Micromax in India pretty seriously and it is going with a flurry of launches in premium, mid range and basic smartphones and tablet.  Yesterday we had reported the launch of J1 4G smartphone in India, today, Samsung announced its costliest A series phablet for Indian buyers.

Samsung Galaxy A series are a light weight smartphones which have a sleek look due to their full metal bodies and promise users a high performance for daily activities. Samsung had earlier launched its A3 and A5 models and now A7 has already hit the Indian market which will be followed by Grand Prime 4G, Core Prime 4G and J1 4G somewhere mid of next month. Although prices of Grand and Core phones have not been disclosed, the price of J1 4G would be Rs. 9990.00. Galaxy A7 is available for  Rs.30499.00 seems to be expensive amongst the Samsung A series released till date.

Galaxy A7 Phablet (combo of phone and tablet) has a sleek look with its thickness only 6.8 mm and has an uniform metal body. The screen is 5.5 inch AMOLED display (Active Matrix OLED: means it will support videos and movies) and also it is combined with a super fine resolution. Total internal storage capacity is 16 GB which is expandable to 64 GB via external microSD slot. Its operating system comprises of a 2GB RAM coupled with 64 bit octa core Qualcomm Snapdragon 615 Octa-core processor that means it will aid in multi-tasking and easy switches between in the apps.

Also the Galaxy A7 has been equipped with 13 megapixel auto focus rear camera with the LED flash and 5 megapixel front camera which is useful for “group selfies”, “rear selfie” and “beauty face”. It is supported with the old version of Android 4.4  instead of latest Android 5 Lollipop.

In terms of connectivity Samsung Galaxy A7 supports Wi-Fi 802.11 a/b/g/n, Bluetooth 4.0, NFC, GPS, AGPS, 4G LTE Cat. 4, USB 2.0, GLONASS. It has a 2600 mAh battery and is lightweight phone weighing only 141 grams. It also has Dual Sim which supports 4G and 3G however it is not known whether the Indian version will support 4G/LTE.

So if you want to own a Samsung Phablet within 35K then Samsung Galaxy A7 would surely be the suggestion as it has most of the iPhone features and also is cost effective. 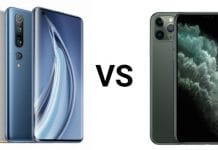 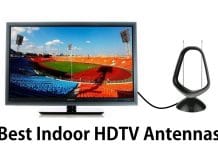