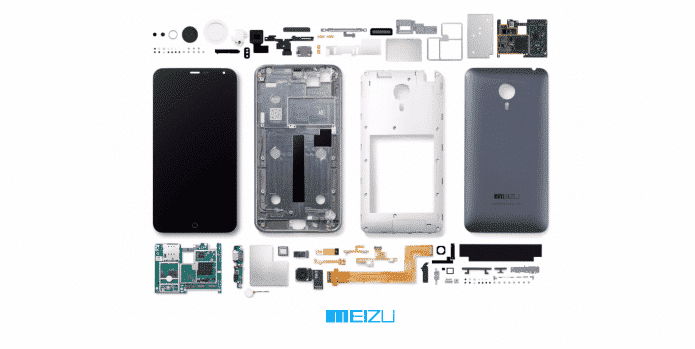 If the teaser posted by Meizu on Twitter is anything to go by, the Chinese company might launch MX4 Ubuntu Edition on May 18. Meizu and BQ have confirmed the launch of Ubuntu phones. Meizu has even made it official on its official Facebook page that it will be making its foray into the Indian smartphone market this month. It also put out a post taking a dig at Lei Jun, Xiaomi CEO on his meme-worthy Mi 4i keynote and delivered a message that a Meizu smartphone is official coming to India. On the other hand, BQ, the Spanish company has already released the Aquaris 4.5 Ubuntu Edition phone for a while now.

Can you guess how many components there are inside the Meizu MX4? pic.twitter.com/iOl9FOIoby

Unlike the BQ phone, MX4 is considered to be a high-end device with much better specifications. A lot of potential Ubuntu users are awaiting this device to see how it will handle the mobile operating system from Canonical, which hasn’t been tested on such hardware until now.

India is clearly a suitable market for all types of smartphone manufacturers these days. Even Apple had launched its iPhone 6 in India after the US launch in a few weeks. So it was no surprise that another high-profile smartphone maker from China was eyeing India as well.

The first Ubuntu powered Meizu device that was released over a year ago was the MX3, and Meizu still have not released a phone or downloadable ROM for users to get their hands on.

Of the many reports that covered Meizu, there were speculations regarding the MX5 too. However, if there was one smartphone that one may see at the official announcement, it would have to be the Meizu m1 note.

Even though this smartphone impersonates the Xiaomi Mi 4i and the iPhone 5c, it is very large on specifications. Also, its home-grown Flyme 4 OS is special to Meizu smartphones, which is based on Android but has a unique interface.

Meizu’s reputation is similar to that of Xiaomi in China; however, the smartphones announced are often slightly higher priced than the ones in the smartphone segments. The m1 note is certainly the company’s most reasonable offering with the MX4 and the MX4 Pro at the top.

Chinese markets are buzzing with the news that the Ubuntu Meizu MX4 will launch on the 18th May. Whether Meizu mean that their first phone in India will be the Linux phone or if they plan two announcements for the same day remains to be seen. Things are certainly going to get fascinating now that we have two Chinese giants set up shop in one of the world’s biggest smartphone markets.