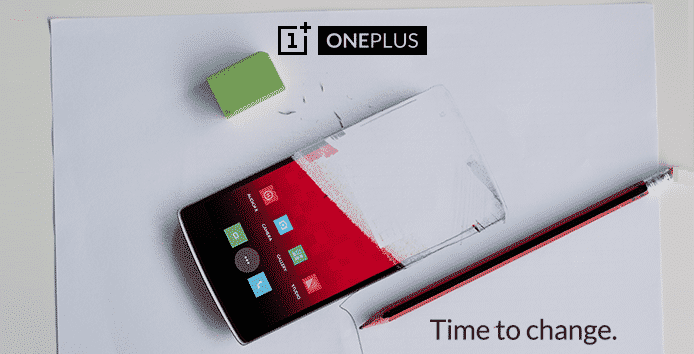 OnePlus, the renowned Chinese smart devices maker is likely to make a big announcement on June 1, 2015 related to OnePlus Two smartphone. The teaser posted on the company’s social media accounts on May 26, 2015 indicates big improvements over its predecessor, OnePlus One.

We’re always looking for ways to shake up the tech industry. And we think it’s time for change. Find out more June 1. pic.twitter.com/odrsSko6dB

Courtesy to information leaked online by benchmarking app, GeekBench, it is believed that the successor that is being called OnePlus Two at present will be running on Android 5.1 (Lollipop) and therefore may use the Oxygen OS software based on Android.

According to the tests, and leaked specs, the OnePlus Two which is codenamed A2003, features a full HD display with 1920 x 1080 resolution. The smartphone being benchmarked has a Qualcomm Snapdragon 810 SoC with Adreno 430 GPU. It runs on 3GB of RAM and has a 13-megapixel camera rear shooter in addition to the 5-megapixel front-facing camera. Previous reports however indicated that the OnePlus Two have higher resolution cameras.

The device is likely to be launched in the third quarter of 2015 as confirmed by the company sources and will be priced at approximately $400 (Rs.25000) as against its predecessor’s launch price tag of $299.