Just like the Windows 8.1 and 10 version, Cortana on Android comes with all the features which are available on Windows 10. You can set reminders, check for weather, sport results, ask Cortana to tell you some jokes, etc. Here are some screenshots of Cortana running on Android: 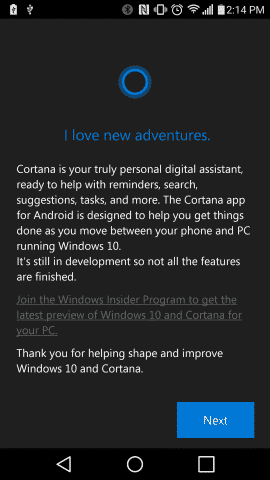 You also get access to your Notebook, which allows you to adjust exactly what information Cortana knows about you by adding or deleting details about you and your life. 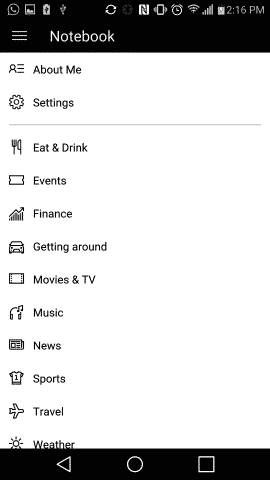 It would be really interesting to see how Android users take to Cortana and how Cortana fares on non Windows platforms. It already faces stiff competition from Apple’s Siri for iPhone/iPad and iPod Touch. Siri has acted as some sort of industry benchmark for personal assistant though Google’s Now for Android fares equally good on Android platform. 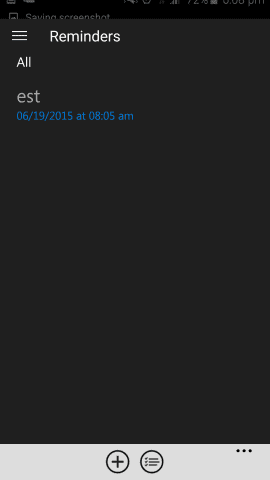 Still, Cortana offers some unique abilities (the Notebook in particular) not available with Google and Apple’s virtual assistants. Also Cortana’s voice detection is supposed to be best in the business. 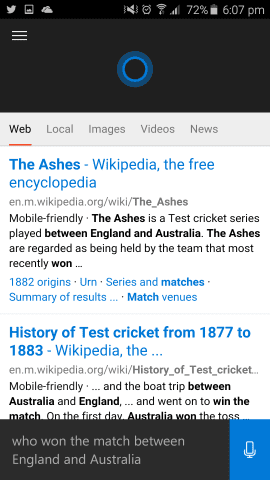 You can download the .APK here to install it on your Android phone. Do remember to change your settings to install from untrusted sources before proceeding to download the APK. Those souls who do not trust untrusted Apps can wait until the official launch of Cortana for Android.