Microsoft latest operating system, Windows 10 is slowly and surely being accepted by PC users worldwide but is no where close to Windows XP leave along Windows 7.

According to stats released by NetMarketShare on Tuesday, Microsoft’s newly launched software grabbed a 5.21 percent share of all Web traffic generated by desktop operating systems in August, according to NetMarketShare. While Windows 10 had been available for download to users as a technical preview since last October it had not been able to create a sufficient dent in the world OS usage. However as soon as Microsoft announce that Windows 10 upgrade will be free to Windows 7 an d 8/8.1 users from July 29 it has slowly been catching up with its peers. 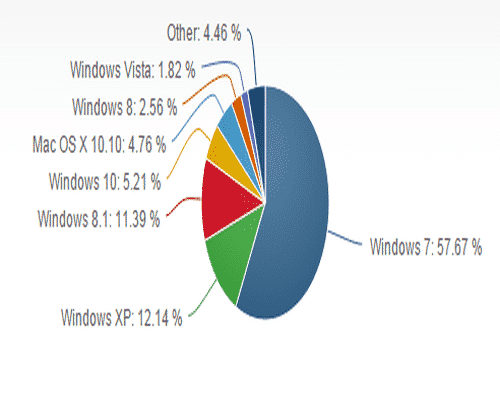 According to the stats released by NetMarketShare, among all desktop operating systems, Windows 10 ranked fourth in Web traffic last month, behind Windows 8.1, Windows XP and Windows 7 but ahead of Windows 8/8.1 and Mac OS X Yosemite. 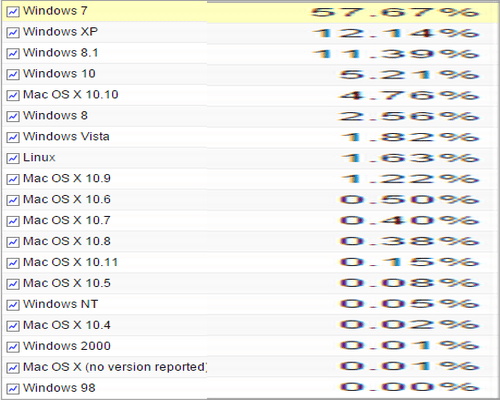 Microsoft has a lot of hopes from Windows 10 since the debacle of Windows 8. Windows 8 was launched in 2012 but failed to make a cut among PC users due to radical changes it brought about to desktops. The lack of start menu miffed the traditional Windows users while others did not like the tiles system brought to Windows 8 by Microsoft.

With Windows 10, Microsoft has done everything possible to lure back users including reviving the Start menu, tweaking the Start screen, adding its Cortana voice assistant and a variety of other improvements to the overall design and layout. However, the PC market has been hit by a big slump and that may affect Windows 10 sales.

However, Microsoft may have something to cheer about, Windows 10 has overtaken Windows 8 pretty quickly. After Windows 8 officially launched on October 27 of 2012, it scraped up just a 1 percent share of Web traffic in November, according to NetMarketShare. Its share continued to rise at a slow pace and didn’t reach 5 percent until the following June.

Satya Nadella’s the Windows CEO has scored a master stroke by making Windows 10 upgrade free to Windows 7 and 8.1 users. In contrast, Microsoft’s earlier iteration, Windows 8 upgrade initially cost $40 for most users of Windows 7, Vista, and XP and $15 for recent purchasers

Windows 10’s appeal is also trickling down to Microsoft’s new Edge browser. For the month of August, Edge took home a 2 percent cut of all browser traffic as seen by NetMarketShare.