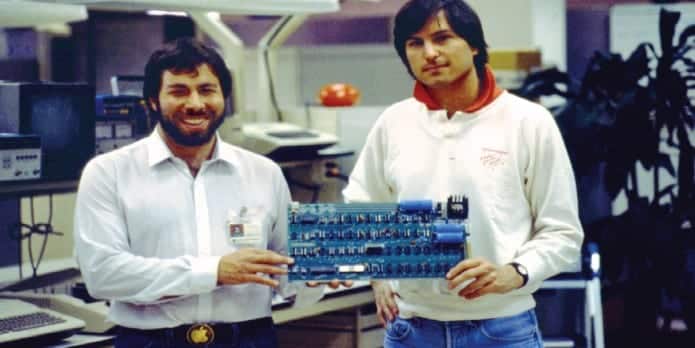 Years before Apple, both the founders were robbed at gunpoint outside a pizza parlor. This story was narrated by Steve Wozniak to Jimmy Fallon and Seth Rogen during a game of “True Confessions” on Friday’s episode of The Tonight Show.

The game show called True Confessions seeks to reveal unknown facts about celebrities  during the one-minute question and answer period. The incident involving Steve Jobs and Steve Wozniak took place in Sunnyvale, California in 1972. The two young tech entrepreneurs were about to drive away in Steve Jobs’ Dodge Dart, having just eaten a pepperoni pizza.

“This is Steve Zero,” Wozniak replied. “Before Apple.”

The incident took on an extra significance after the interrogation was over, when Wozniak elaborated that the man with the gun. “only stole one thing, one of these little devices for making free calls that I had built, and then he came back to the car and gave us his name and phone number. I think he was half honest—he said he wanted to pay for it but he didn’t have the money right now.”

You can watch the entire interview below :