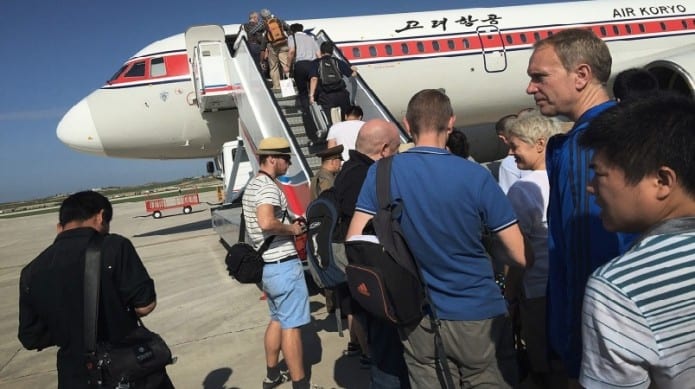 North Korea is, of course, an awful place to be, and not the first idea most have for an international vacation. The nation has been trying to increase its tourist numbers over the last couple years, however, going so far as to offer mobile Internet access (revoked) and Internet ‘cafes’ lacking in peripherals. If neither of those things deter you from visiting, though, there’s the latest warning from the State Department stating, among other things, that North Korean customs will search through your Internet browser history.

It’s no secret that North Korea is very strict about what visitors can do and what they can bring, but that hasn’t stopped many from smuggling content in and out. That is becoming more difficult, however, as the nation grows more paranoid about security amidst its push for tourists. Bringing so much as a single paperback book could get you extra scrutiny from officials.

According to the State Department, visitors should realize that North Korean officials are searching visitors’ laptops, tablets, phones, and other gadgets for forbidden content. This extends so far as to involve one’s browser history and cookies, which are analyzed to see if you’ve accessed anything the DPRK doesn’t like, never mind that the access took place outside of the country.

Anything from a Bible app to adult website bookmarks could get visitors in trouble.

Of course, there’s a whole host of other things that can get visitors in trouble aside from having signs of banned content on a laptop. Trying to buy something from an unapproved vendor, for example, is a no-no. So is talking to strangers, snapping wayward pictures, saying anything in personal phone calls that may be considered critical or negative of the nation, and more.