Since we are more connected to the World Wide Web then we were a couple of generations ago, we require the best of the best, particularly when antivirus programs are concerned. That being said, AV-Comparatives had subjected 21 popular antivirus programs to see which ones featured the best level of security as well as the best level of support. Since threats continue to change with every passing month, it is imperative that these programs remain up to date in order to hold out against them. Given below is the criteria that AV-Comparatives used when comparing various antivirus programs:

Given below are the 21 antivirus programs that were tested: 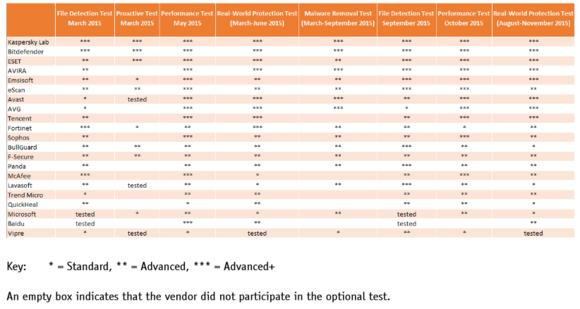 After the tests were done with, AV-Comparatives gave Kaspersky and Bitdefender the top spot for the best antivirus program for 2016.

However, this does not negate the other applications because they all received one award or the other. These awards and the programs that gained them have been listed below.