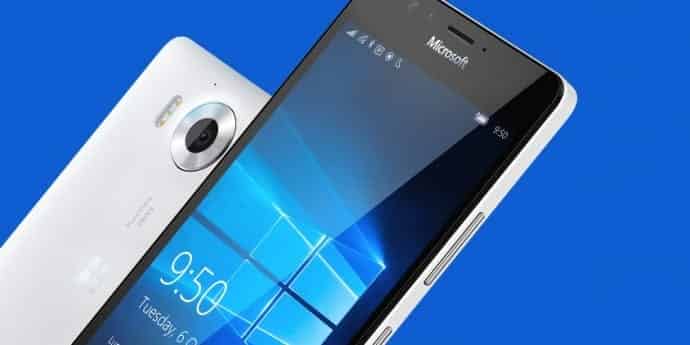 Microsoft is soon going to bring about Windows 10 for OS for mobile phones. Not to mention, new models of old Windows phones like Nokia Lumia will come with the OS preinstalled. But the updation to Windows 10 for the older phones might be tricky. Since it is not clear which phones will be eligible and which will not be.

Microsoft, much before the release of Windows 10 for mobile phones, has brought an application for the purpose. This application will help users in knowing stuff about update. It is being called “Upgrade Advisor” and is in its beta version.

This is how Microsoft describes the App:

he Windows 10 Mobile Upgrade Advisor app will tell you if your Windows 8.1 phone is eligible for upgrade to Windows 10 Mobile. It can also help free up space on your phone so you’re ready for the upgrade. When you open the app, it checks your phone and lets you know if it’s eligible to upgrade, if an update is required before you can upgrade, or if your phone can’t be upgraded. See windows.com/mobilespecs for more information. If your phone is eligible for the upgrade, you may need to free up some space to get it. The app will recommend files, such as videos or photos, that you can temporarily move to OneDrive or an SD card, if you have one installed. Accept the recommendations, or change which files you want to move. You can also delete some files, if you want. If you move files to OneDrive, you need to use the app to restore files back to your phone after Windows 10 Mobile is installed.

Here is a screenshot of the app’s listing on Windows store: 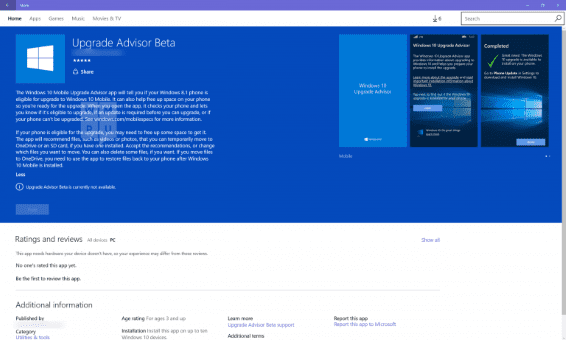 This is to be noted that the app is not available to the public yet. We will let you know as soon it becomes so. Till then we would like to hear from you on which out of two Android and Windows is better for mobile phones? Tell us in the comments.