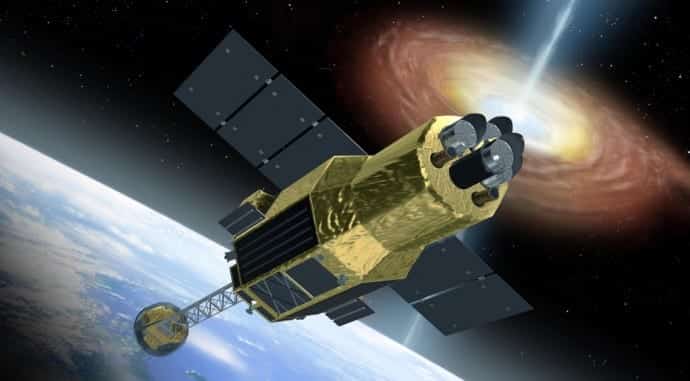 Earlier this year, Japan had launched its $270 million dollar satellite “Hitomi” to study black holes. However, the Japan Aerospace Exploration Agency (JAXA) had lost contact with X-ray satellite Hitomi and all efforts to get back a signal from the satellite went futile.

On March 27, JAXA had officially disclosed that ever since the start of its operations on March 26, it hadn’t been able to communicate with Hitomi. However, now a video of the satellite spinning widely in space has been discovered.

After a long, tense silence, Hitomi sent two very terse messages in response to JAXA’s continued attempts to contact it. But that doesn’t mean anything like full communications—much less control—has been re-established.

The fact that it got some new messages through at all is cause for hope that the satellite can yet be recovered. It also may give us a clue to just what happened to throw the satellite’s course off in the first place.

The U.S. Air Force informed that there is no evidence that the Japanese black hole research satellite was hit by space debris. The American researchers are reporting that it could have broken into several pieces.

The Hitomi, otherwise known as ASTRO-H or the New X-ray Telescope, was launched into orbit around the Earth on February 17, with an intended goal to observe X-rays emanating from black holes and galaxy clusters, so that it would let it look at things like how matter behaves around black holes and dark matter.

The Japanese space agency also said that it hasn’t been able to find out what actually happened to the black hole observatory and is still trying to ascertain the health status of the satellite. Five small objects were detected around the satellite, suggesting some sort of debris or damage and observers on the ground have said they saw a flash, which may mean the craft is rotating or tumbling (as per BBC).

JAXA is trying to figure out whether it will be able to recover the massively expensive instrument. Some suggestions have been that it may have suffered a gas leak or a battery explosion, but without data from the craft itself or closer observations, it’s hard to know.

The last communication from Hitomi was on the 29th March, with very brief signals received consistent with a quickly tumbling space craft, as it passed over tracking stations. In its March 29 update, JAXA disclosed that it is investigating the claims and to do so it is observing objects around the satellite’s original orbit.

Using telescopes at the Bisei Space Guard Center (BSGC) owned by the Japan Space Forum, the space agency has detected two objects around the orbit while the radar located at the Kamisaibara Space Guard Center (KSGC) has identified one of them. JAXA also confirmed that the signal received at the Santiago Tracking Station came from the orbital direction of the object identified at KSGC.