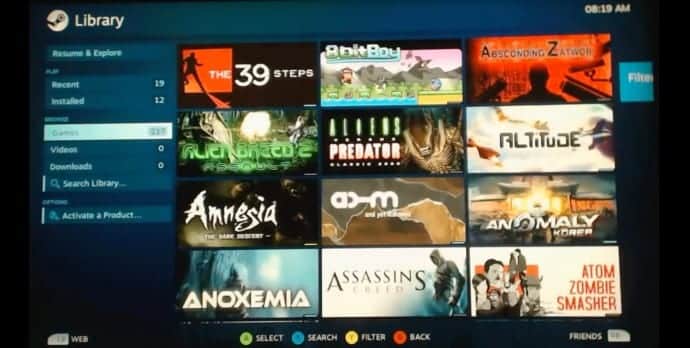 Remember how a developer called fail0verflow had hacked Sony’s gaming console, PlayStation 4 to run Linux. Another developer, OsirisX has taken the hack provided by fail0verflow forward and used it to run Steam Games on PS4.

PS4 owners often rue the fact that after Sony decided to switch to x86 processors with the PlayStation 4, they cant play PC games on the gaming console anymore. After fail0verflow made it possible to run Linux on PS4, the gaming console owners expected that they would soon be able to play PC games. OsirisX’s latest hack is a step in that direction.

The YouTube video released by OsirisX shows him playing a PC game called ‘Bastion.’ The mod is in not way perfect but you can take heart that it works. Check the video below which shows OsirisX demonstrating how Steam can be run on a PS4 thanks to a combination of a jailbreak, Arch Linux and some software libraries from Fail0verflow.

While the demo shows the action-RPG Bastion running at a decent pace, OsirisX believes that he can run most other gaming titles on PS4 at medium to low graphics settings. However, practically the hack is pretty much difficult because you need a PS4 with a relatively ancient version of Sony’s operating system (1.76) to jailbreak and install Linux. Also, you have to install multiple packages which may take the gas out of your enthusiasm.

While there is talk of a new jailbreak for the latest PS4 OS (3.50), it should not be long before the larger PS4 gaming and modding community comes up with a single package install for running such Steam games on PS4.

Uproxx notes “Steam actually has a device that they released, called the Steam Link that is a tiny box that sits on your television stand and can stream games from your PC (connected to the same network) to your television that sells for $50, so hacking a PS4 to shoddily run PC titles doesn’t seem like the best use for a $350 console unless you are into tinkering. It’ll be interesting to see if someone simply takes the Steam Link software and installs that on the PS4, now that would probably work a whole lot better.”