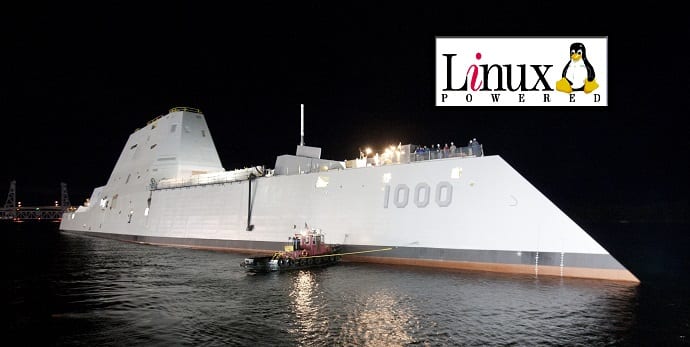 The Navy’s future is looking even brighter with the new Zumwalt Destroyer. The deal made to complete the transaction was a hefty one, as it took a total of $3 billion USD to deliver the destroyer, along with an additional $600 million as a token of appreciation. The Zumwalt Destroyer has been made with stealth and automation in mind.

During the month of October, the Navy will commission the Zumwalt in Baltimore. Between now and then, the ship’s crew will use the next four months to train with their new vessel, under the command of Captain James Kirk (do not let the name fool you into thinking that he’s the character from Star Trek).

According to Sam LaGrone of The U.S. Naval Institute news, the following has been stated about the new Zumwalt Destroyer and its aim:

“Zumwalt is the first hull delivered in the $22 billion three-ship class. The second and third ships — Michael Moonsor (DDG-1001) and Lyndon B. Johnson (DDG-1002) – are currently under construction at BIW.The ships are built around a first-ever electric drive system in which the main engines power an electrical grid instead a direct link to the ship’s props allowing more margin to add additional systems to the ships.The ships’ main weapons are twin 155mm BAE Systems Advanced Gun Systems (AGS) designed to fire a specialized rocket assisted guided round to attack land targets – Lockheed Martin’s Long Range Land Attack Projectile (LRLAP).”

The Zumwalt, and the two other ships of its class, are designed to have about half the crew of existing destroyers in the U.S. Navy. Major automation of the ship makes this possible, as does the ship’s tremendous amount of on-board electrical power. In fact, while it’s equipped with missiles and guns now, it is highly possible that the destroyer could be equipped with lasers or rail guns in the future to make it more combat effective.

One of the biggest disadvantages of this destroyer lies in its unique body shape, which is known as a ‘tumblehome’. These designs are hardly implemented in destroyers because sometimes they flip over in stormy seas, but this has yet to happen. What we’re really excited to see are the new additions of lasers and rail guns, and perhaps the authorities could be kind enough to provide a visual demonstration of the destroyer.

US Navy has actually shown the most innovative way of combining technology with naval security by using an operating system like Linux to create its most expensive and out of the world Naval destroyer DDG-1000 Zumwalt.