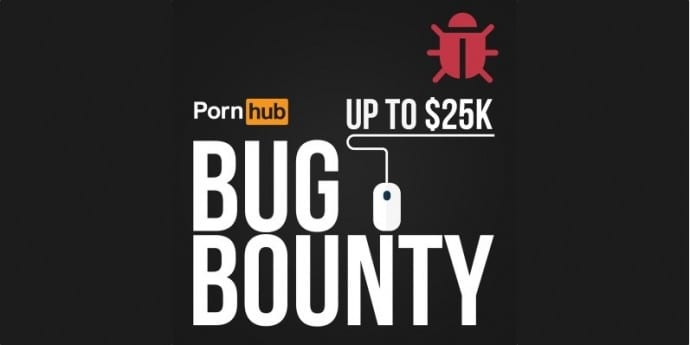 HackeOne comes with an impressive list of happy clientele, including Slack, Dropbox, Uber, GM, and Twitter. The company pairs hackers with issues reported by companies and provides an amount for finding the bug.

PornHub’s vice president, Corey Price, who has high expectations from the program says:

“Like other major tech players have been doing as of late, we’re tapping some of the most talented security researchers as a proactive and precautionary measure — in addition to our dedicated developer and security teams — to ensure not only the security of our site but that of our users, which is paramount to us. The brand new program provides some of our developer-savvy fans a chance to earn some extra cash – upwards to $25K – and the opportunity to be included in helping to protect and enhance the site for our 60 million daily visitors.”

PornHub’s bug bounty program actually first debuted in May 2015 as a private, invite-only affair. About 10 to 15 security researchers participated. Of the 23 valid bugs that they reported, 21 bounties were issued for a total of $2,750. The highest payout was $1,250.

Security researchers are required to meet the following conditions to qualify for a bounty reward:

These are the basic conditions to follow for bug bounty programs. Also, public disclosure of the vulnerability prior to resolution will result in disqualification from the program.

Further, the following vulnerabilities will not be considered for bounty:

The site had made headlines recently this year for its April Fool’s Joke and the charity for breast cancer support.