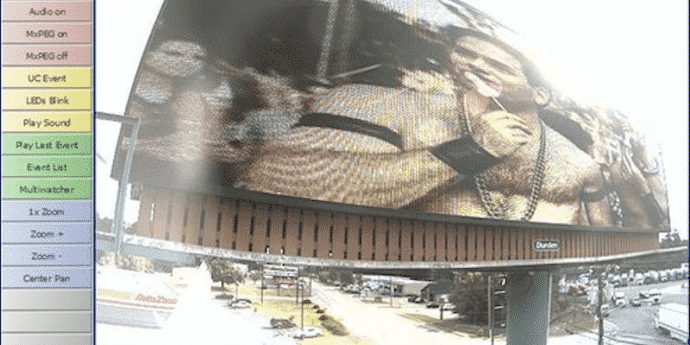 Another infamous hacker Andrew Auernheimer aka Weev who found vulnerable billboards showing up on the Internet of Things vulnerability checking website, Shodan.  Weev tweeted his find which revealed that a few gigantic LED billboards connected to the internet can be hacked using just default credentials.

Less than 24 hours later, Johnny Cockring took advantage of the flaw shown by Weev. “Weev was the one who posted the security flaw,” Cockring told Motherboard. “I just did the next logical step to proof of concept.”

(“I) didn’t change anything,” said Johnny, who would not reveal his real name. “Just added that image to the playlist. Usually there are about 20 or so pic and (they) rotate every few seconds and eventually the Rubio pic gets played in the rotation.”

He told Motherboard he did not plan on hacking any more billboards.

“It was fun while it lasted,” he said.

Two of the pornographic images showed up on billboards in southeast Alabama, local media reported.

Bill Durden, who owned Durden Outdoor Display, said the photo showed up on billboards in Dothan and Fort Rucker. Durden said he had contacted police and the company has tightened its security systems.