You never knew these 7 invisible technologies powered the Internet


The Internet is truly one of humankind’s greatest technological achievements. It is testament to our ingenuity and desire for a more connected world. Despite growing more reliant on this technology each passing day, many people are still in the dark when it comes to how the internet works. Sure, they know that it operates through a collection of networks and infrastructure that connect to each other, but most people are unaware of the behind-the-scenes technologies and innovations that make the internet perform as well as it does today.

Here are seven of these “invisible” technologies that the internet cannot live without:

Communication on the internet would not be possible without Doman Name Servers. Located across the globe, these servers translate domain names such as www.website.com into Internet Protocol or IP addresses. This works like a phonebook for computers in a network, which essentially enables packets to reach the intended physical server.

Without this system, the Internet will be limited to numerical addresses, which will make accessing websites and other services significantly more difficult for users. Apart from this, your computer also sends DNS requests when reading emails, using social media apps, playing online games, or any other activity that uses the internet.

Web servers have capacity limitations and are required to work together to tackle high traffic loads. Knowingly or not, all websites and web services rely on these arrays of servers to keep themselves up and running.

Load balancers are the center points in all such setup. Their job? To manager the traffic distribution across all of the multiple server and data centers. Load balancers is how websites ensure availability, avoiding latency and mitigate outages. Often without getting any credit for it.

Recently, like most other technologies, load balancers have been moving into the cloud making them even cheaper and more commonplace, in addition to turning them into more transparent. 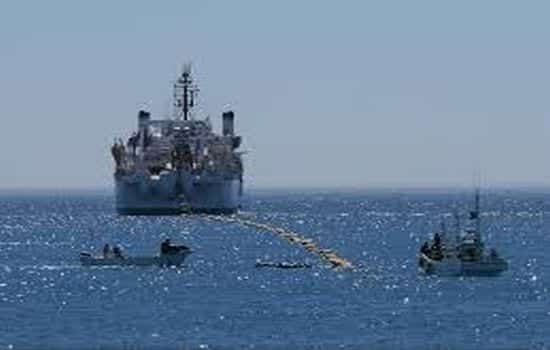 Most users are clueless on the tremendous amount of work needed to get the Internet up and running. For example, did you know that the communications industry lays down cables that are hundreds of thousands of miles long across the ocean floor? These cables are responsible for transmitting 99% of all international data. One example is the new Japan-US undersea cable run by a consortium led by Google and several Asian companies that recently went online.

It is an extremely expensive, slow, and tiresome process to deploy these cables. These cables are also constantly in danger of shark attacks, just like what happened to Google in 2014 and Egypt in 2013. Think about it – all these troubles so that you can read your best friend’s status update on Facebook. That is indeed something worth appreciating.

Now, let’s take a closer look at the actual hardware that makes online connections possible. When you perform an image search on Google and type “servers”, you will find pictures of tall devices that resemble skyscrapers. That is how a data center looks like, but there’s more to it than meets the eye.

Most datacenter premises use raised floors to accommodate wiring and other infrastructure underneath. This makes the surface (where the servers are) more navigable for personnel. Of course, the things below the raised floor are also worth a closer look.

Imagine putting high-powered CPUs in a single room. Now, imagine running them at the same time – all the time. Without an adequate cooling system, datacenters just won’t survive the rising demands of online usage. Today, various cooling strategies are being used such as using water-cooled servers and building data centers in cold climate regions.

However, companies like Microsoft took the latter approach a step further. In 2016, the tech giant’s Leona Philpot – a submersible capsule containing a computing rack – proved to be more than viable for mainstream use. Of course, some were concerned about the capsule’s impact on the underwater environment. Fortunately, the Leona Philpot was not noisy or hot enough to affect anything beyond a few inches from its surface.

The Internet is essentially a network of networks – globally connecting millions of computers across the globe. To be connected, users need ISPs or Internet Service Providers that interconnect and exchange traffic through peering exchanges.

In simple terms, peering allows companies to leverage each other’s infrastructure to provide a faster and seamless online access to end users. Some major ISPs may publish their peering protocols for public use while some only allow a select few to privately access their backbone.

Exchanging information freely across cyberspace? Sure – but don’t forget that anything you share is at risk of being compromised. Hackers, government agencies, a business competitor – there are several entities out there that could be after your sensitive information. However, thanks to encryption, it is easy to protect information such as credit card numbers, login credentials, and private emails from prying eyes.

Today, the most-used encryption protocol is TLS or Transport Layer Security encryption. This protocol works using a “handshake” that can verify the sender as well as the intended recipient of information. Whenever you access a TLS-secured website, your browser is invisibly performing a special handshake that secures your connection.

Third-party encryption services can also be used to protect hard drives, emails, and information sent through a messaging app. This is usually practical for business owners who have crucial digital assets to protect.

Remember that it costs nothing to learn and appreciate how something works, especially if it is an amazing technology that we use on a daily basis. The Internet runs on dozens of components and technologies that are not exactly obvious or visible to users. By knowing about technologies like peering, DNS, load balancing and even hardware-based designs like cooling systems and undersea cables, we learn to appreciate the underlying technologies that power our apps and devices. Without the Internet, we would still be relying on snail mail, radios, and landline telephones — and you would not even be reading this article.