The evolution of videos has gone through many forms, from film reels to videotape, to DVDs, to streaming online content. Long gone are the days of Blockbuster Video and Redbox, as they have been replaced by online video hosting giants YouTube and Netflix. Nowadays everyone is connected to either a YouTube or Netflix account uploading, and streaming content. Recently, Netflix has spearheaded a trend of creating original content, created and produced exclusively for its audiences. This new style of the video has garnered a lot of positive traction from viewers, leading to more and more videos of this nature. While YouTube, has a much larger audience, the videos hosted tend to be random in topic, and amateur in quality.

YouTube is a billion dollar industry all on its own, yet video quality has never been a top priority for most creators, who tend to be more concerned with their hit counter. Multi-Channel Networks, who are responsible for hosting and managing most of the creators on YouTube, mostly follow suit, spending time and resources dealing with the content on their channels. However, a leading YouTube MCN is looking to take a page out of the Netflix’s playbook and begin to create its own original content for its YouTube audiences.

Yoola, originally founded as VSP Group, and the largest YouTube MCN in Russia, is beginning to develop original content, with shows already slated for production such as “Social Media Boy Band” and a reality show about “Instagram Influencers.” The company believes that this will usher in a new wave of video style for YouTube and help them break into the larger, Western markets. Yoola is even willing to back its new venture with millions of dollars in a production budget, as well as high-end filming studios, cross-platform video support, and both online and offline channel promotion.

In addition to its investment, Yoola has announced a partnership with leading Japanese MCN UUUM, as the two companies feel this will unite some of the top exclusive creators, and provide access to a wide range of talent from across Russia, Japan, and the United States. 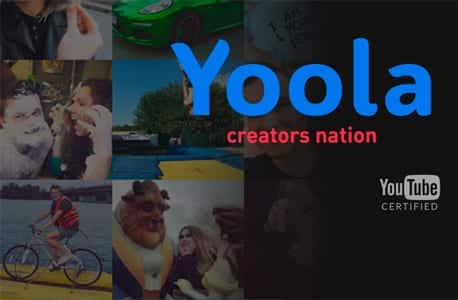 “We are very excited about our formats developments, and a new partnership with UUUM,” says Eyal Baumel, CEO of Yoola. “In partnering with UUUM, we are bringing added value to our creators by helping them find opportunities to grow their audience and increase their revenue stream. Digital creators are the next generation of stars, and at Yoola we believe that integrating them into our new formats and productions, will be the best way to appeal to our vast audience, while at the same time helping creators maximize their exposure.”

Yoola has already shown its success as a top five YouTube MCN, and definitely has the potential to create successful shows that could lead to a brand new style of content for YouTube. And while original content shows have gained positive traction on other video hosting sites, it is completely untested on YouTube. Yoola has the tools but only time will tell if this venture will bear fruits.