Cyber-Intelligence Company, Sixgill, Aims To Expose And Mitigate Dark Web Based Attacks Before They Occur

This past US election cycle has been a rollercoaster ride of surprises, political intrigue, and mudslinging from both sides. Unlike previous elections, the role of new media has been central in the spread of political vitriol; from memes, tweet storms, to virally shared videos. Included in this group is a surreptitious medium that’s playing an ever increasing important role as a political tool – the Dark Web. This encrypted and anonymous corner of the internet has become a hub for nefarious and criminal activity, and it’s been the source of cyber-attacks, hacks, and data leaks of sensitive material during this past political cycle. 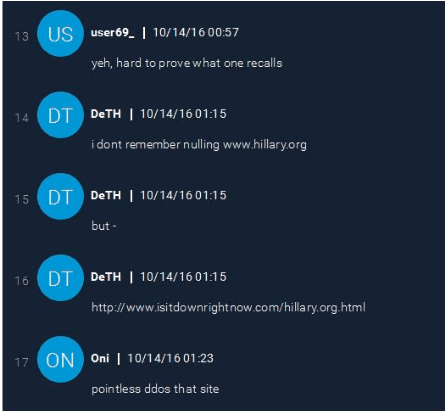 One of the biggest scandals this political season came from a Dark Web user named “Guccifer 2.0” who leaked sensitive documents from the Democratic National Committee to Wikileaks, accompanied by allegations of Russian government involvement behind the leak.

Even recently, following Donald Trump’s victory, a fundraiser calling for a Trump-Pence assassination was uncovered on the Dark Web. With news of the Dark Web appearing in mainstream media and TV (such as Mr. Robot) and access to the community relatively easy, more and more people are likely to join the Dark Web, posing difficulties to authorities monitoring the hub for illicit activity.

As threats from the Dark Web grow, so do companies finding means to mitigate them. One such firm is Sixgill, an Israeli cyber intelligence company, that purports to uncover and defuse data leaks and cyber-attacks coming from the Dark Web before they can even occur while informing their clients of priority threats through real-time alerts. Made up by former Israeli elite intelligence unit officials, Sixgill automatically monitors multiple concealed Dark Web forums, analyzing “big data” and forming profiles and patterns of Dark Web community members. Utilizing these profiles, Sixgill claims to recognize potential hackers from their Dark Web activities and is able to track them while they plan malicious and illegal activity.

Such information could prove priceless to organizations, governments, and businesses, and it comes as no surprise that Sixgill counts law enforcement and security agencies as its clients. In the whirl of politically-motivated hacking accusations during the US elections, Sixgill uncovered an active forum of hackers called #ophillary, claiming to have completed a successful Distributed Denial of Service (DDoS) attack on Hillary.org. The forum also sought to rally hackers to locate and expose Clinton’s Wall Street speeches, by hacking her email servers.

As digital crime grows and political activism evolves on the web, it’s likely that we’ll see more companies like Sixgill seeking to chisel away at the anonymity and perceived shelter offered to cyber-criminals by the Dark Web. While potentially helpful in diffusing cyber-crime stemming from random individuals, it has yet to be seen how effective such companies can be in mitigating cyber attacks originating from well-funded governments, as we’re seeing with the current accusations of Russian government hacking.