Lawmakers in about a dozen states in the US are considering to pass a bill that would block pornography on all newly purchased electronic devices. Customers will then be forced to fork out a $20 fee to revoke the ban on the device and access the adult content. As an added advantage, the fee will act as a mechanism of age verification. Supporters of the bill – dubbed  The Human Trafficking Prevention Act – strongly believe that pornography is a public health problem and therefore it needs to be taxed to reduce crimes related to it, such as sex trafficking. You can read about it yourself down below: 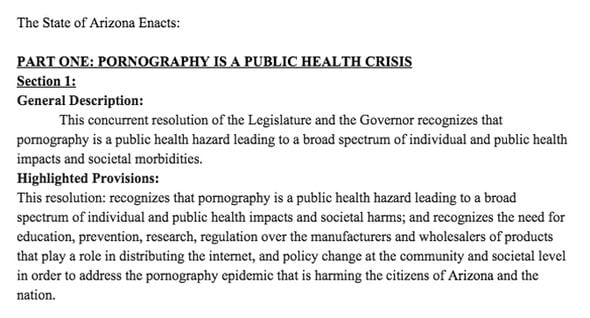 “What we know about pornography is that it’s addictive. It actually affects the brain. “Like any drug, like an addiction, you need more and more and more of it to get the same reaction from it as the first time you saw it. “So yes, I absolutely believe pornography is contributing to the growing criminal enterprise of sex trafficking.”