If there’s anything the infamous Hillary Clinton email scandal teaches us is that how important cybersecurity is and how unaware general public is about it. She was investigated twice.

The reopening of that investigation just a few days before the Election Day was the sole reason for her loss to Donald Trump – despite having won the popular vote by over 3 million votes!

On the deep/dark web, hackers sell these for major profits – and buyers use these details to steal your identity and carry out financial transactions online on your behalf.

With so many threats lurking online, are you wondering – how do I secure my internet browsing? You might be interested in exploring VPN (Virtual Private Network).

Why sudden interest in VPN

As soon as he came to power, Donald Trump opened a much larger already-closed security loophole. He completely dismantled FCC’s internet privacy rules within the United States. It allowed Internet providers to freely spy on you and sell your usage data to third parties without your consent.

Why use VPN when you have SSL

The Secure Socket Layer (SSL) transforms your good old but insecure communication channel into a secure block with the help of encryption within the HTTP protocol.

So it’s simple, right? You can use SSL and get your connection secured. Some might ask, why use VPN when you have SSL?

There are 2 reasons for it:

If a website offers SSL security, it may not offer it for all the pages. So while you might see https on the login page, you won’t see it on any other page.

Google’s pushes for SSL by including it as one of its search engine ranking factors,but it hasn’t been able to expedite the SSL adoption rate.

Beware of a FAKE VPN

A simple Google search reveals a bunch of VPN services that are “free”. All are marketing articles meant to make a sale. Whether it’s an affiliate sale or a direct sale, you can never fully trust its claims.

When shopping for VPN, check for following red flags

What is a bad VPN?

Next time you are about to install a VPN client, scroll down their EULA dialog box and check if they log your data.

If they do, they may also be able to sell it without your consent by a simple tweak of the license agreement. Most of it happens in a clandestine manner without user’s consent.

Be wary of these VPNs

Other than logging, issues like download speed and customer support are also very important. Now we will list down a bunch of VPN services and what are their pros and cons.

StrongVPN doesn’t log any of your traffic or metadata (such as login/logout time, amount of data used, etc.). But that’s about the only pro we could find.

However, their cons onare aplenty:

StrongVPN is only suitable for users who are looking for a simple, cheap tool to bypass Netflix US and Chinese National censorships and for whom speeds don’t matter much. Power users should avoid StrongVPN.

Mullvad provides a strong sense of privacy – you can use Mullvad through a random-generated account number and pay via bitcoins – no email address or credit card required! They also track absolutely nothing

But as we dug deep its problems started to appear:

Mullvad was built to achieve a political objective rather than as a “good VPN service” – their privacy aspect certainly the strongest; on every other aspect (including performance), Mullvad VPN isn’t even worth mentioning. 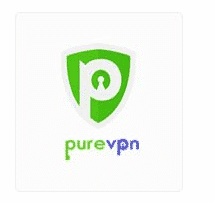 PureVPN provides one of the cheapest services at just $3.25 per month for a 2 year-long contract. That is why they have a huge number of servers and over a million customers.

But then some problems cannot be hidden:

PureVPN is a cheap, good-for-nothing VPN knockoff. The only reason they have a million *users is that they have a cheap 2-year plan and good marketing tactics. You might find more skeletons in PureVPN’s closet if you ask them how many of those million customers abandoned their accounts within first 3 months of their purchase.

FrootVPN is the cheapest VPN service in the market. It is a good VPN provider if you stay in Europe and choose European VPN servers

But so many users have reported so many problems:

FrootVPN does provide a cheap $2.99 / month plan with yearly payment, but that’s where its features stop. They’re still a growing company – many have verified it’s not a scam! But one shouldn’t fall for their low prices and then suffer low speeds. 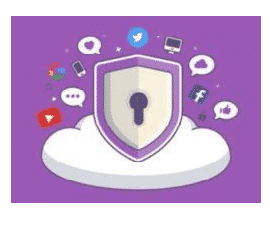 The best thing about PrivateVPN is that it offers 6 simultaneous collections from all devices. It also has Android and iOS mobile apps, besides the usual Mac and Windows VPN client apps.

Upon further investigation however, the cracks reveal themselves:

While PrivateVPN does do a lot of things better than other VPN services on this list, there is no single biggest reason to go for it. It is also priced higher while providing a very basic interface. For a similar price, you can get much more detailed interface on other VPN services.