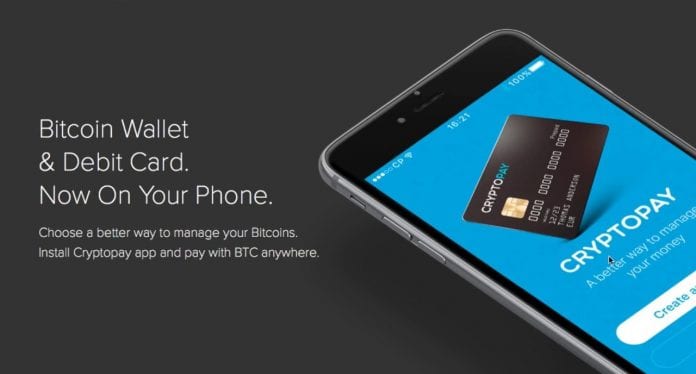 The last month has seen an unprecedented migration of funds into the cryptocurrency market.  Cryptocurrency prices have spiked, even accounting for last week’s setback after the Chinese government ban on ICOs, and new users are coming in droves.

These new users are not like traditional tech-savvy crypto enthusiasts. They are non technical investors seeking gains from the new asset class. Take, for example, the burgeoning rise in exchange clientele. And these investors are seeking new and better ways to use their Bitcoin.

CryptoPay is poised to radically change the way consumers and investors use Bitcoin, whether as currency or as asset.

CryptoPay is already the industry leader in Bitcoin transactions. Starting in 2013, CryptoPay created the industry standard in Bitcoin wallets, and started moving forward in the cryptocurrency world.

However, CryptoPay realized that the need for a Bitcoin exchange was pressing, and so by 2014, they had created the industry standard in exchanges, used by Bitcoin enthusiasts around the globe. The exchange offered new and better ways of buying and holding Bitcoin and other currencies, making it popular among users.

Again, CryptoPay realized the need for change, and was one of the first to create a Bitcoin debit card which allowed clients to use ‘flex’ accounts, rapidly converting Bitcoin into USD, GBP or EUR. These options created unprecedented flexibility for consumers when using their Bitcoin.

Finally, CryptoPay realized that buyers were being well cared for, but merchants were not, and so decided to create a robust payment gateway for transactions. Starting in 2016, CryptoPay began allowing merchants to receive Bitcoin as payment without having to transfer the funds into fiat currencies, and thus allowing for better transaction speed and smoothness.

Having led the way in all these areas, CryptoPay has become one of the most well-known and appreciated names in the Bitcoin community. Holders, buyers, and merchants are moving to CryptoPay to get more from their cryptocurrency investments.

With extensive market knowledge, and strong technical and business success, CryptoPay is the best choice to move the industry forward. CryptoPay has recently announced that it will add additional and unprecedented features to it’s portfolio of services.

First, the company has stated that it will create a new brokerage for investors. The new stock exchange will allow customers to buy stocks and bonds, have access to real financial markets, and invest in indices, all without leaving their CryptoPay account or providing bank details. The brokerage will also allow users to leverage their current portfolio holdings of Bitcoin up to four times for the purpose of investment.

Second, CryptoPay has announced that they will begin offering bank accounts that are cryptocurrency friendly. Users will be able to get accounts in customers’ names, with GB international bank account numbers. This will allow users to make and receive third party payments into their accounts without conversion into or out of cryptocurrencies.

Finally, CryptoPay will offer a new and improved Peer-to-Peer platform for managing ICOs and investment services. The P2P network will be a full stack blockchain fundraising platform, created by CryptoPay to offer full financial services within the CryptoPay ecosystem. The platform will allow users to have access to full ICO underwriting, book running, and much more.

In order to create these systems, CryptoPay has announced its coming ICO, which will begin with partners calls starting September 25, followed by a week of presale, and finally concluding with a public sale from October 2 to November 30. While many ICOs are run by companies with a good idea but no track record of business, CryptoPay is different.

The company has studied the market place and has discovered the areas where the cryptocurrency market is weak. Plus with an existing and thriving book of business, CryptoPay can leverage their current marketing into the new features the ICO will help to create.

It’s clear that blockchain and Bitcoin are here to stay, and will eventually change the way we think about finance and currency. CryptoPay is leading the charge in creating and promoting new vehicles for Bitcoin usage for new and old Bitcoin enthusiasts alike.