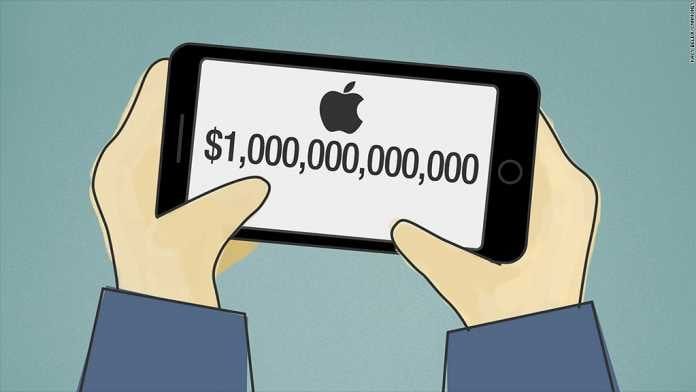 At the end of a day of trading on Wednesday, Apple’s stock closed at $175.88, making its current valuation above $900 billion. However, to reach the one trillion valuation in terms of market capitalization, the company’s shares will have to trade around the $195 mark, which is possible predict the analysts.

According to Brian White, a Drexel Hamilton analyst and the biggest Apple advocate, believes that the company will reach the price target of $235 per share within the next 12 months:

Echoing White’s views is RBC Capital Markets analyst Amit Daryanani but with a slight difference. He thinks that Apple could hit the one trillion mark valuation or may be more by the end of 2018. His current target price of Apple’s share is $190.

“In our view, Apple’s quarterly results will be less important this summer as investors are focused on the iPhone 8 this fall, along with the company’s raised capital distribution initiative, depressed valuation and potential new innovations. We believe Apple remains among the most underappreciated stocks in the world (11.3x our CY:18 EPS estimate, ex-cash),” said White on Apple’s future business prospects.

With Apple’s iPhone 8 and 8 Plus doing fairly well in the smartphone market and with its latest product, iPhone X being in huge demand despite the steep price, the Cupertino giant looks to reach the one trillion mark in the future very soon.