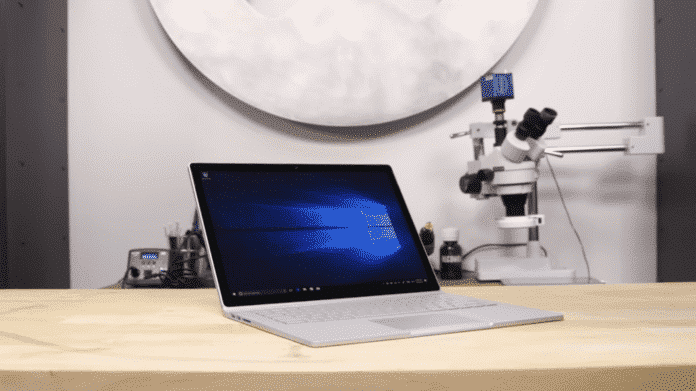 Last month, Microsoft announced its most powerful laptop and Apple MacBook Pro’s latest competitor, Surface Book 2. The new Surface Book 2 started arriving in the markets on November 16, after it was made available for pre-order on November 9.

iFixit, a company known for “teardowns” of consumer electronic devices, decided to do a teardown of Surface Book 2 to check the internal components and performed several tests to calculate the repairability score.

In the teardown video(below) of Surface Book 2 released by iFixit, the company has awarded the Surface Book 2 a score of 1/10 for repairability based on the difficulty of dismantling it, which is not bad in comparison to its predecessor, Surface Laptop which had scored 0/10. If by chance, someone gets lucky in opening the unit, the engineer can only replace the SSD (solid-state drive).

iFixit explains that everything is strongly joined with lots of glue, including the batteries and the display. The components are soldered and screwed. Not only this, the processor and RAM have been soldered to the motherboard that makes it difficult for a normal user to upgrade the RAM.

In addition, some connections are not immediately obvious, as they are hidden by other components or are accessible only from the opposite rear side. This does not provide easy access to the components and leads to a rating of only 1/10 for repairs.

“This is the Microsoft Surface Book 2, and just like every Surface device we’ve done a teardown on this year, it scored horribly on our repairability scale. How bad did it do? We gave it a 1 out of 10, which to be honest is at least a little better than the Surface laptop which got a zero but still,” the company explains.

The new Surface Book 2 comes in 13.5-inch and 15-inch models and is now available for order worldwide. For those interested, can order it here from Microsoft Store.