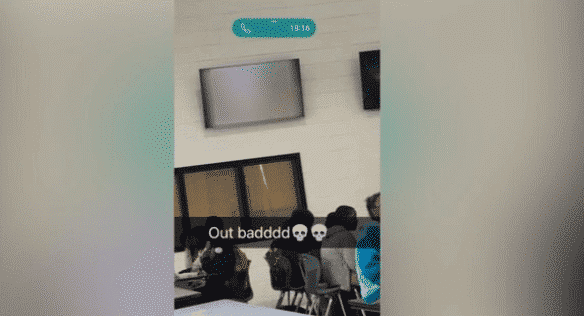 A school is a place which builds and strengthens the foundation of the students. Parents have conviction in schools that their children will learn moral and ethical values. But an incident at Mount Zion High School, Jonesboro, Georgia crashed expectations of parents as they came to know about a deplorable event happened at school’s cafeteria at lunch hour.

A pornographic video was displayed in the school cafeteria during lunch hour. Things that should be seen in privacy should not be exposed to young minds. Due to the incident, some parents took their children out of the school. One of the parents, Daphne Raines reported that she directly went straight into Mount Zion High School and asked her daughter to leave as she received a graphic picture of what was played on the TV monitor during lunch. With further investigation, it has been found that the pornography was played for about a minute when the principal ran out to control the nuisance.

The incident that took place cannot be deleted anymore from the students’ memory, as these graphics may harm the integrity of the young students. However, investigations are being carried out by the school district, and the culprit is to be disciplined to avoid such incidents in future.