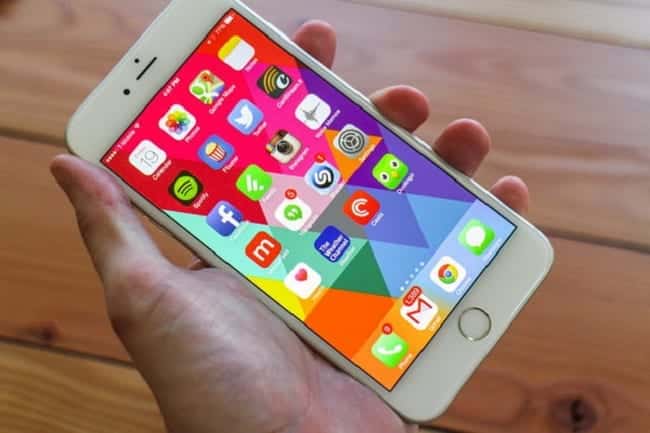 Whether you are showing off the iPhone X or are keeping it simple with the iPhone 8, it’s clear that Apple have had another spectacular year.

But what were we doing on our shiny new iPhones? Here’s a look at the new iPhone apps that proved just how adaptable our mobile friends were in 2017.

Ok so we’re cheating with this one as it was actually released in late December 2016. But despite this technicality, it’s clear that this was the gaming app that most of us were playing throughout 2017.

Whether you were perfecting your expert swipe moves to transport Mario over the endless obstacles, or just amusing yourself with the fact that Android users had to wait four months to get their version of the game, it was clear that there’s nothing like a bit of Mario for gaming on our mobiles.

This fascinating app has been around for a while, but Google gave their Google Earth app a major update in April. This allowed users to try out the Voyage feature and navigate a virtual globe with an incredible degree of visual depth.

Whether you were using the Voyage option to take a stress-free sight-seeing tour around tourism hotspots like Paris and New York, or even just heading off into the wilds of Siberia, it’s clear that Google have made this much-loved app even better.

There was plenty to enjoy in our domestic lives too with the IKEA Place app giving us a great way to see how the brand’s range of furniture would look in our homes.

This innovative app is able to scan a 3D image of a room in your home, and you can then just pick a piece of furniture from the IKEA catalogue and see how it looks alongside your current furnishings. So that whether you are getting a cheap Scandinavian sofa, or are picking up a shiny new iPhone X with no upfront cost, it seems as though the current range of technology is designed to make our lives a little easier.

Taking photographs and making videos is a massive part of modern smartphone culture. And if you want to add an extra dimension of fun to your visual media, then be sure to try out Apple’s Clips app.

This editing tool allows users to add weird backgrounds, amusing text, and even import a few Disney characters to make your photos and videos all the more fun.

All of us will have indulged in some selfie-action in 2017, but if you ever wanted to get rid of those bags under your eyes, or just wanted to swap genders, then FaceApp was the app that you’ve been waiting for.

Whilst there were plenty of people who thought that some of the visual transformations were a little weird – fake digital smile anyone? – it showed just how innovative our iPhone apps became in 2017.