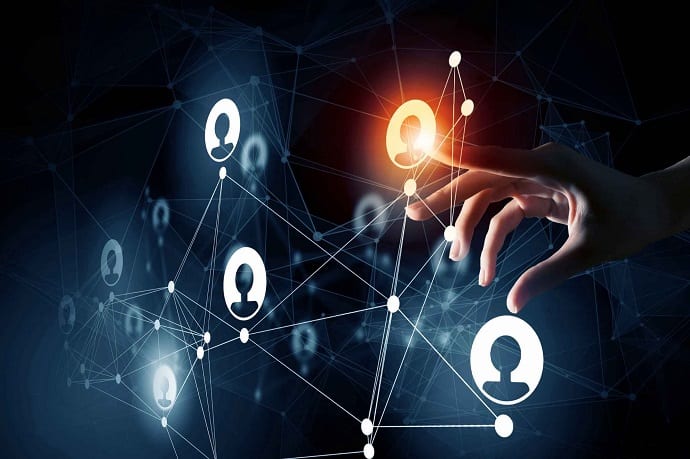 The cryptocurrency market has evolved several times since bitcoin first dawned upon the world. In the beginning, bitcoin was nothing more than a hobby for curious developers, who managed to gather enough information from the corners of the internet on how to be ‘miners’ of this fringe technology. By letting their processors chew on bitcoin’s algorithm for a few hours, they might have collected anywhere from tens to hundreds of then near-worthless digital coins. Those who played around with bitcoin in its infancy came up with some novelty ways to spend them, with the most famous example being the unwitting gentleman who spent 10,000BTC on two large pizzas. At the time, the most impressive thing about his achievement wasn’t the amount of bitcoin he spent, but that he found someone to accept it as payment.

When exchanges were introduced into the cryptocurrency arena, interested parties could simply buy bitcoin with their dollars or euros, instead of mining it (or selling pizza). Humans being humans, the opportunity to speculate on bitcoin’s future value using ‘real’ money was irresistible, and it unleashed a pivotal new dynamic on the young market. Even at a price of $0.01, the pizza buyer still overpaid for his dinner by about $60.00. Imagine how he felt when bitcoin hit its 2011 high of $32.00! Then, visualize his pain last December, when that fateful dinner represented an opportunity cost of $190 million. Anyone can empathize with this example. The crippling emotions that bitcoin can inspire in investors is courtesy of exchanges exclusively.

Exchanges are a puzzlingly hypocritical way of spreading the word about cryptocurrencies, and even so, the word itself doesn’t harmonize with the technology’s true message. Cryptocurrencies have power beyond the fiat returns they can attain for a savvy investor—they are also the utilities of the future. Regardless, exchanges make them out to be nothing more than pseudo stocks, or informal equity in blockchain-based startups. Even for trading and investing, centralized exchanges also fall short on many fronts.

All the most popular outlets provide wallets for their members, who need to store and transfer their various currencies, but any real enthusiast knows that on the blockchain, one’s coins aren’t safe unless they control their own private key. Unfortunately, all centralized exchanges hold the private keys of their users in isolated servers, which act as single points of weakness. To shore up their defenses, these exchanges also force users to endure annoying downtimes, which affect the 24/7 market significantly.

This already represents a significant risk as any centralized exchange that ceases to exist (for any reason) will take the coins of its members with it into the void. Other issues with the centralized exchange model concern efficiency, such as the fact that they don’t universally accept fiat money, and neither do they all list the same coins. Finding the optimal venue to invest and identifying the best investments requires a lot of legwork, due to the low level of interoperability present in the existing paradigm.

Aside from these functional flaws, and perhaps because of them, centralized exchanges are also susceptible to hacking and breaches, like in the cases of Mt. Gox and Bitfinex. It’s clearly time for blockchain to produce a new status quo, and one that doesn’t infringe on the basic idea of a decentralized economy. Many believe that 2018 will be the year that the best proposal—decentralized exchanges—gains critical mass.

Decentralized exchanges (DEXs) are a step up from their centralized counterparts in almost every regard. Not owned or controlled by any single entity, they are run on the collective power of a decentralized network of participants. Therefore, they cannot be taken down by hacks, and suffer no downtime as they’re distributed over a variety of disparate hosts. Moreover, users hold their own private keys, meaning that their funds are safe regardless if the exchange is thriving or if it has imploded like a dying star.

DEXs fulfill the original promise of bitcoin, in that users act as their own personal bank, and have complete control and responsibility for their money. They also offer greater liquidity, due to their ability to sync with other platforms and leap over the regulatory boundaries that keep centralized exchanges in their own sterilized bubbles. Blockchain startups that have successfully launched an ICO can immediately list their project’s token on a DEX, without dealing with the strict rules imposed by the exchanges operating under the government’s thumb.

With volume taken from a greater variety of sources, and a richer array of cryptocurrencies to invest in, new and interesting blockchain tokens get more exposure. Young, promising cryptocurrencies such as HoToKeN can spread their benefits around the world more easily—in this case promoting healthy relationships between retailers and their best customers. By paying out HTKN that is redeemable in stores as a reward for small advocacy missions on social media, brands create value for themselves and gain loyal customers as well.

Missions might be something like answering a questionnaire, playing a mini-game, or writing a review, which many individuals already do for free. Consumers around the world would jump at the chance to obtain flexible discounts on their favorite restaurants and shops, without having to restrict themselves to platforms like Groupon or Shopee. Decentralized exchanges by extension can help satisfy this demand.

Currently, governments can keep a lid on cryptocurrency if they wish to. They can mandate that banks refuse deposits and withdrawals to known exchanges, force ISPs to block certain websites, and more. However, decentralized exchanges are an effective shield against this behavior. The days of fiat money are numbered as people will soon be able to participate in an array of beneficial decentralized services without the necessity of their wallets. Not only will this help bitcoin to maintain its position as the foundation of the crypto economy, it will also give newer coins more room to grow. Like any decentralized service, the number of users is crucial, but such a strong value proposition means that the best decentralized exchanges are unlikely to encounter a scarcity of willing participants.