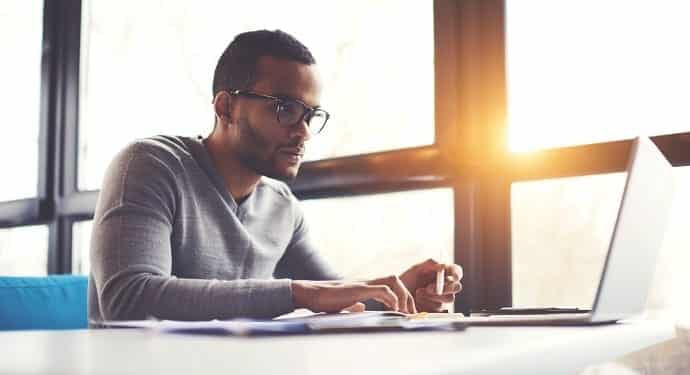 Just a few years ago, the role that freelancers played in the global workforce was insignificant at best. Today, freelancers make up 36% of the US workforce and contribute $1.4 trillion to the economy each year. If that isn’t evidence enough to believe that freelancing is the wave of the future, here are five reasons why freelancers are going to rule the workforce someday soon.

Driven by rapid advances in technology, the world economy is evolving at a dizzying rate. Faced with constant changes, the only way to truly have a sense of stability is to be flexible in your career. Freelancer, by nature, are masters of flexibility. Part of this goes along with striking out on their own into a field that has likely been around fewer years than they’ve been alive, but another part of it is learned as freelancers must develop the ability to wear many hats and excel in several areas in order to succeed. Recent surveys have backed up the idea that freelancers are more flexible as well, as 55% of freelancers said they participated in reskilling training in the last six months compared to 30% of non-freelancers.

It took awhile for the majority of companies to realize the advantage of hiring freelancers, but now that the genie is out of the bottle there’s no putting it back in. Hiring freelancers enables companies of all sizes to select someone from anywhere in the world who is perfectly suited for a specific project then hire them at a flat rate and for a set duration to complete that project without having to absorb any of the hassle and expenses associated with hiring a traditional employee. Since most experienced freelancers will have worked with dozens or hundreds of clients, hiring freelancers also allows companies to leverage experience they may not find in an employee who has only worked for a handful of companies over their career.

At one point not too long ago, the perfect career a was as steady job at an office with great benefits and a good salary. For plenty, this is still the ideal career. However, for many others, the things that they value most out of a career are changing. Today, more and more people are starting to value a career that offers freedom and flexibility, one that enables them to set their own hours, work from home or while they are traveling, and function as their own boss. As these values continue to change, freelancing is set to become an increasingly attractive career.

It’s said that the youth will inherit the future, and the youth of today prefer freelancing. While freelancers comprise 36% of the workforce in the US, 50% of millennial workers are freelancing. The popularity of freelancing among the younger generation comes from two factors. For one, all of the values and ideals offered by freelancing that were discussed in the preceding paragraph are, on the whole, appreciated by millennials more than they are by the older generations. Millennials are also tech-savvy, and freelancing is an industry driven by technology. All said, it’s fairly easy for freelancing to rule the workforce of the future when it is preferred by a majority of the future workforce.

Reason #5: Freelancers are Poised to Capitalize on the Global Market

Traditional employees are confined to working for companies within a commuting distance of where they live. Freelancers, meanwhile, are able to work for anyone, anywhere in the world. As the global economy becomes increasingly interconnected, the value of the ability to work for clients across the world will only continue to increase as well. Being able to work for companies anywhere in the world also enables freelancers to better weather economic downturn. Right now, the US economy is booming. When – not if – we hit another recession, though, the appeal of freelancing will increase exponentially. Freelancers can essentially dodge the effects of a national recession by picking up clients in countries where the economy is strong. This ability to work for clients all over the world and avoid being hit as hard by a national economic downturn sets freelancers up nicely in a future where the global economy looks to grow increasingly connected.

At the current growth rate of the freelance economy, freelancers will comprise a majority of the workforce in the United States by the year 2027. Between the growing appeal of freelancing and the advantages freelancing offers in a market that is evolving at a rapid rate, there’s little doubt that freelancers will rule the workforce someday soon. If you’ve been considering a career change, now is an excellent time to take up freelancing.