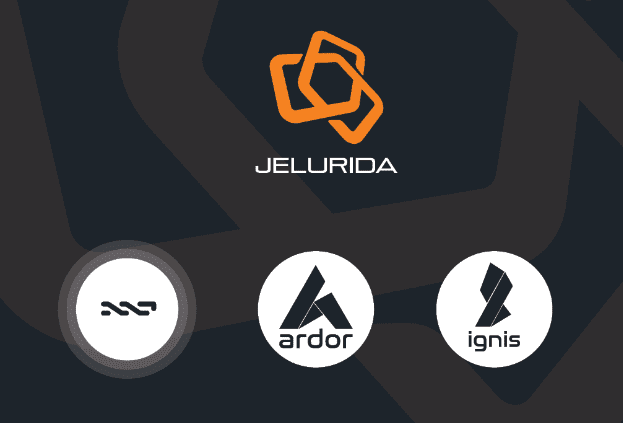 Creator of open source blockchain solutions and the first proof-of-stake blockchain, Jelurida was developed as a public platform, ready for consumers to completely customize a blockchain infrastructure to their specific needs. Jelurida’s original platform, Nxt, has been providing these services since its 2013 inception.

Nxt is a public blockchain, open to anyone looking to utilize the features a decentralized platform. In the true spirit of open source software, the Nxt platform has been meticulously maintained, with additional functionality constantly being developed and added directly from user feedback. Because of the high level of community involvement and suggestions, Nxt now offers highly specified existing functionality, meaning that the vast majority of users will have no need to code additional applications into their platform.

Public open source projects who want to operate off of their own blockchain can now take advantage of Jelurida’s blockchain creation kit. This is a developer only feature, unsuitable for end users, and requiring its own token and features, yet still operating under the open source Jelurida Nxt Public License. This is a perfect option for those who want to add specific new transaction types, modify algorithms, or anything else that is incompatible with the parameters of the existing Nxt public blockchain

Jelurida also offers licenses for private versions of the Nxt software. These licenses are available for sale. Additionally, they can create custom versions for enterprises.

However, the versatility of Nxt was not enough for Jelurida; they wanted to do even better by their users and the blockchain community. In response to several somewhat crippling limitations on the Nxt platform, including single token only functionality and potentially frustrating blockchain bloat, they built a whole new blockchain platform, code and all.

It is called Ardor, and by Jelurida’s own description, it is “elegant”, which is high and unique praise coming from blockchain architect geniuses. It is also accurate. The Ardor platform was conceptualized as a highly scalable, highly flexible system that still maintains the security and stability of the Nxt platform.

What initially sets it apart is its two-token system. The implementation of forging tokens and transactional tokens keeps value transfers clean and simple, removing the blockchain bloat problems developers were seeking to solve. It also allows for the flexibility of child chains to be customized within the same network, complete with their own tokens. The vast majority of transactions occur on individual child chains and do not affect the original Ardor forging chain. This allows for removal of child chains that are no longer valid or functional, with zero damage or loss of security to the original chain.

Through a simple process of downloading the forging chain and what Jelurida calls a “state snapshot”, or small-scale picture of all child chain transactions minus the validation and processing previously required of a new node, new nodes are infinitely scalable.

The launch of Ardor was a huge step in streamlining and optimizing open source blockchain technology. In true Jelurida fashion however, they envisioned a better way, and immediately set to work implementing it. This is a characteristic Jelurida enthusiasts should have grown accustomed to by now. But when each new innovation promises to be a groundbreaking accomplishment for blockchain users everywhere, it is easy to get excited, again and again.

This latest idea is something Jelurida developers call the Lightweight Contract. Even those who struggle to grasp the blockchain concept can partially visualize the sheer volume of information required to process each contract. Smart contracts are a beautiful thing, as they provided a secure, permanent record that is completely inalterable. However, the amount of processing power required to record every event is daunting.

The Jelurida solution of lightweight contracts builds upon their child chain concept and allows only parties with direct stake in the lightweight contract to participate in the verification process. Nodes on the blockchain who do not want to run it, don’t.

How is the security and permanent transactional record maintained apart from the founder blockchain? Lightweight Ardor contracts are built as individual Java codes, or class files. These files are stored on the blockchain and are runnable by anyone interested in verifying a particular transaction.

Oracle contracts have existed for a few years, but with the birth of Lightweight contracts and the node-based execution properties of Ardor, Jelurida is giving Oracles an ideal platform to easily communicate from external resources and record those communications on the blockchain.

In short, Ardor’s already flexible and scalable functionality has been improved upon even more by the implementation of lightweight contracts, enabling an even smoother, more automated, and in their own words, “elegant” means of blockchain application building.