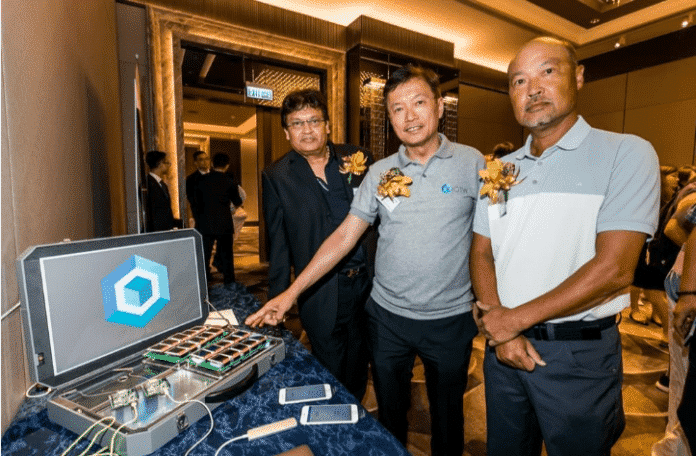 Blockchain is a simple yet powerful idea, but developing solutions that actually address real-world use cases in a better way than current systems hasn’t been straightforward. Technologies can sound like breakthroughs on paper until the underwhelming beta arrives.

The world of the Internet of Things (IoT) is no different as far as overpromising and underdelivering is concerned. From thermostats to vehicle sensors, the number of deployed IoT devices is set to mushroom. Now the challenge is to harness the data these devices generate to make our cities and lives smarter.

Managing the data and interactions of millions of devices simultaneously should be a perfect fit for a blockchain solution. Statista estimates there will 75 billion IoT devices by 2025.

However, there are two critical roadblocks that confront IoT platform developers: scale and security.

That’s pretty much the same as in any other industry facing distributed ledger disruption. But in the IoT realm competitive pressures have led to the emergence of one startup – IOTW – that thinks it has the answer to those two issues. Let’s take a look at the first of those, scale.

Governance is coming into sharp view as a critical debate for blockchain progress and how to implement it for decentralized entities and organizations where speed and security must to be traded-off against each other.

Much has been written about the supposed inefficiencies of the bitcoin proof-of-work consensus system and as a result of those perceived design weaknesses proof-of-stake (PoS) has been offered up as the solution. With PoS, instead of competing nodes a more cooperative system is put in place with nodes selected or elected to process transactions.

However, it turns out that all that wasteful computer processing makes it much harder for a would-be attacker to succeed – the danger with PoS is it could weaken security in unforeseen ways.

Proof-of-stake systems hold out the possibility of increasing transaction speeds to the 8,000 tps commonly seen on the Visa payment network. But how to determine who will be the trusted nodes?

This is typically being solved through the adoption of a voting mechanism, with the voting weighted within the electorate by how many tokens are held. Sounds good on paper but as high-profile network EOS found out the hard way from its initial coin offering and mainnet launch, a “constitution” dreamed up on paper is not the same thing as a workable protocol.

Rather than a convoluted voting process and overblown constitutions, IOTW has plumbed for letting the ledger server assign trusted nodes (computers that do the processing). As plans stand, the assignment could be decided through random selection or weighting in accordance with the size of token stakes.

As with other proof-of-stake systems, the IOTW proof-of-assignment (PoA) consensus mechanism dispenses with the competitive mining process. It is this that the network will be able to run a rate of hundreds of thousands of transactions per second.

So how does IOTW address the related issue of security? It’s all very well to have trusted nodes but doesn’t that entail a level of centralization that blockchain was invented to avoid?

Alongside the PoA algorithm, IOTW has invented the concept of “micro-mining” and developed the hardware that makes it possible.

Micro-mining envisions every device on the IoT network being able to verify transactions. With that level of decentralized mining in action security could be assured. That seems like an obvious solution until to you bear in mind the technical difficulties in performing mining operations with a limited power supply.

Low-power environments are typically where IoT devices will be found and solutions that require the installing of expensive hardware are themselves a barrier to adoption.

To solve this problem IOTW has designed a chip based on what it dubs the Digital Power System (DPS). The inexpensive chips are designed to be cheaply and easily installed to an IoT device. Once in place the device can start mining – find the hashes of the block headers created by the nodes – at low power.

Importantly, it is not necessary for devices to have the DPS chip installed to get on the network. Devices will not only be able to mine – participating devices and their owners will be able to offer and buy services in the IOTW marketplace powered with the native token, the IOTW.

The genius of micro-mining is the way in which it provides an incentivizing pull for devices to plug into the network. It shows a refreshing grasp of business realities by the IOTW leadership.

The notion that all that is required for success is to build the blockchain and wait for the users to come has died along with the hundreds of failed blockchain startups that launched last year but failed.

With a team that blends tech know-how and financial prowess, IOTW has a strong chance of being one of the successes of the IoT space, not one of the failures.