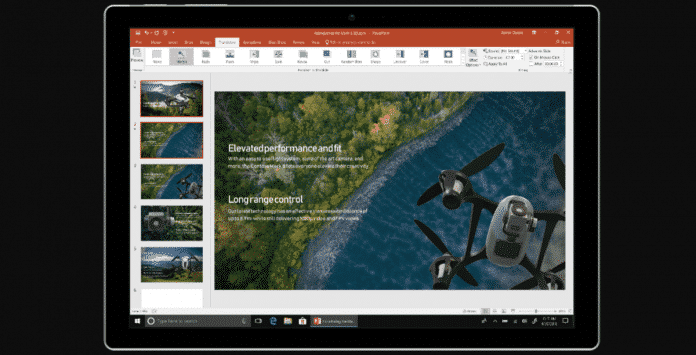 Microsoft has been always in the lead when it comes to its software diversity. They had a bunch of productive software, which helped tons of people all across the globe. They even had software for non-parent OS (Operating System) platforms such as Mac commonly known by Microsoft office for mac.

Its been a ritual in Microsoft that every new update is first available for the people who have the insider preview feature turned on. But now Microsoft has officially rolled out its New office 2019 version for all Windows and Mac users as well.

It also means that all your favorite office software like Microsoft Word, Microsoft Excel, Microsoft PowerPoint, and Microsoft Outlook are getting an overhaul.

According to their official Blog post, all the new changes in Microsoft office 2019 version will be a subset of features that are already available on Microsoft Office 365. This also means that this new launch will be a one time release which further means it won’t be receiving any major updates except from regular security and stability updates.

Office 2019 also has new sets of enhancements since the Office 2016. For example, its PowerPoint now includes Morph and Zoom feature through which you can create cinematic presentations. Not only that, even with Microsoft Excel they added new formulas, charts and a bunch of enhancements to PowerPivot as well. In addition to that, they also gave a new data analysis feature which surely is very handy.

Now talking about the Word and Outlook the company had introduced its new features like  Text Spacing and Read Aloud. This feature helps in making content more easier and engaging. Also, there is Focus mode available on both the software which blocks out distractions.

The new version is though available for Commercial volume license customers which is already started from 24th September 2018. The company also confirms that they will keep on bringing the on-premises versions in coming years which is very nice.