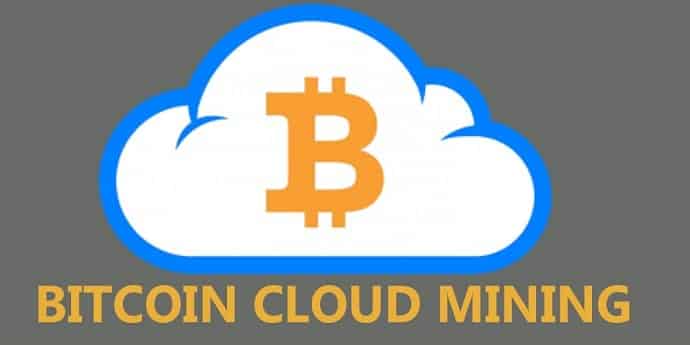 Despite the recent downward trends, the cryptocurrency boom goes on. The most popular coins, such as Bitcoin and Ethereum, are widely accepted as payment. As the number of miners in these cryptocurrencies’ networks increases, the competition grows – sending the hash calculations difficulty up. It’s not an easy time for mining, and experts suggest that its future lies in the cloud.

Before, cloud mining was a simpler way to enter the crypto mining market without making large investments. Now, in some cases, it is the only way. Popular cryptocurrencies are becoming less and less profitable to mine independently – or balancing on the edge of unprofitable, as in the case of Bitcoin. To mine successfully today, we have to mine effectively. This means using specialized equipment and optimizing the process by all available means.

Bitcoin is the first and, up to this day, the most wanted coin. Just a few years ago you could mine BTC on a regular home PC, but now it’s impossible. High demand started a crazy equipment race, and in this kind of competition big players win.

To stay in the game, today’s bitcoin miners need to make large investments and perform constant power upgrades. Some take advantage of their location, but most of the solo miners have little flexibility as for where to build a rig.

With the emergence of application-specific integrated circuit (ASIC) chips, which are more efficient than GPUs, the stakes raised high. The actual cost of solving the blocks is getting close to the amount of the reward, which poses a problem even for cloud BTC mining.

It was the reason why many individual miners turned to emerging or ASIC-resistant coins, which promised smaller reward, but also less competition. Still, with a proper approach, even Bitcoin mining remains profitable. The key is efficiency: increasing the power and lowering the overall cost of mining. It will also work for less popular coins, increasing the total revenue for the miners.

How to get the highest ROI in cloud mining

Hashtoro.com is aimed at Bitcoin, Ethereum and Litecoin cloud mining. As these cryptocurrencies are in wide use now, the project was carefully created with all the aforementioned issues in mind. Here are the top trends the team has picked to develop a profitable cloud mining system for popular coins:

First, Hashtoro uses renewable sources of energy to power their equipment. The farms are located in European countries with access to cheaper, clean electricity. The excess heat will be used to heat water for local communities, which cuts the energy expenses even more.

Second, ASIC miners with immersion cooling are used for mining, and the team also plans to create their own ASIC chip in the near future to optimize the process even more. It allows to keep the mining cost as low as possible and offer Hashtoro’s clients cheaper contracts.

Third, due to the high volatility of the crypto market, it is hard to give any long-term prognoses on rate dynamics. At the beginning of this year Ethereum and Litecoin were leading the race, but when their prices dropped, Bitcoin came to the fore once again.

The project’s software is based on cutting-edge machine learning and neural network technologies. “The system determines which currency is more profitable to mine at a given time and dynamically switches to it. It also chooses the appropriate pool to make the highest profit. This way the miners will gain the most from the hashrate they buy”, – comments Alexander Petersons, product director of Hashtoro.

At the moment, the joint cryptocurrencies market capitalization is around 254 billion US dollars. It is almost three times less than the 830 billion maximum we saw in January, but we can be sure: cryptocurrencies are here to stay. Under certain conditions, the crypto market can enter the new stage of growth very soon. In the following months we will see more cloud mining services appear. And with the right approach – regardless of all the challenges we face at the moment – mining will remain not just an interesting hobby, but also a good source of income.