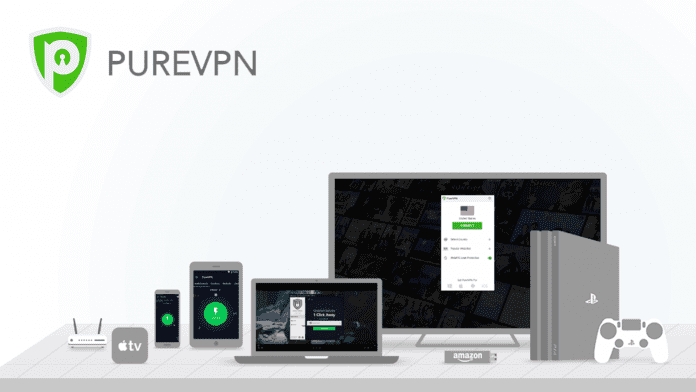 The initial purpose of a virtual private network was to serve and ensure online security on corporate networks. However, as time passed, VPNs evolved into a more sophisticated tool, entailing diverse functionalities and for a wide-ranging audience.

Perhaps, its ability to cater to numerous purposes is what incited its global popularity. Now, the tool is being used by millions and millions of Internet users across the six continents. The global VPN market size is expected to reach a whopping $35.73 billion by 2022.

Regardless, when we talk about virtual private networks, only a handful of names can make room in my top 10 list. One such VPN that I am going to review today is PureVPN.

Before the review, I heard many things about the VPN service regarding security issues, no-logging policy and more. So, I thought it would be better to run a PureVPN review of my own instead of relying on tittle-tattle.

For starters, the VPN service is based out of Hong Kong, which is a good thing for privacy-conscious users. The country doesn’t have any data retention laws which, I believe, is something that every VPN user would want.

PureVPN currently operates one of the biggest VPN networks in the industry. The server count of the VPN service stands presently at 2,000+. Moreover, every server employs a military-grade, 256-bit encryption technology that adds more plus points under its belt. The best part is that with a treasure trove of servers comes a boatload of IP, i.e., 300,000+ IP addresses.

The VPN is well-known in the industry because it offers ample features that serve dozens of purposes such as cybersecurity, anonymity, universal unblocking, DDoS protection, online freedom, secure wireless access, P2P file sharing and more.

The cherry on the top? The premium add-ons offered by the service add extra layers of functionalities for those who are interested in an all-inclusive VPN.

Before moving on to the details of the VPN service, let’s first take a look at some of its goods and bads:

Security is the most significant concern of a majority of VPN users, even for those who subscribe to a service for streaming purposes. PureVPN uses the highest, 256-bit AES encryption algorithm on its VPN servers. One important thing to note here is that it is the same encryption technology that is used by military and intelligent agencies, which is why it is also sometimes dubbed “military-grade” encryption.

When it comes to tunneling protocols, I was glad to find that the VPN service supports all the major protocols including PPTP protocol, SSTP, L2TP/IPSec, IKEv2 and OpenVPN protocol. Manual protocol selection gives users the edge to control how they want to use the VPN. For instance, if security is your primary concern, you can opt for L2TP or SSTP protocols.

For those, who are not well-versed with tunneling protocols, I would recommend leaving the protocol selection settings to “Automatic.” The VPN client will pick the optimal protocol depending on the purpose.

I should also clarify that the VPN applications for different devices don’t come with all the protocols as a built-in feature. But the good thing is that the VPN service has manual support guides that users can easily follow to set up protocols manually on their devices.

Some virtual private networks are notorious for unstable connections and poor browsing performance. Gladly, I rarely came across any connectivity or speed issues while using PureVPN application.

The VPN service offers a smooth VPN experience and speedy browsing. Although I did run into some connection problems initially, it turned out to be an installation issue at my end, particularly my OS. I reinstalled the application, and voila, I was able to connect to desired servers in a few seconds.

As far as speed is concerned, I didn’t notice any issues on my browsing, streaming or downloading speed while connected to PureVPN. On the contrary, I noticed that my latency was much lower.

I also did some stress-test on different servers for speed and performance. I concluded that the speed was reduced, as expected from any VPN, but surprisingly there wasn’t any significant drop.

Data-logging is a forbidden act in the VPN industry. Gladly, PureVPN hasn’t involved any such act, as far as my experience with the VPN service went. I must say, the VPN boasts one of the most transparent and detailed privacy policy in the industry, listing what information it collects, how it uses the information, cookies, third-party tools and more.

“You are Invisible – Even We Cannot See What You Do Online.”

So, I took my time and read the complete policy word by word. Talking about the data collection, PureVPN clarifies that the only data that the VPN collects comprises the name, email address, and payment method. The information is, of course, required for order processing and other relevant processes.

Secondly, regarding the data logs, the VPN service clearly states:

“We DO NOT keep any record of your browsing activities, connection logs, records of the VPN IPs assigned to you, your original IPs, your connection time, the history of your browsing, the sites you visited, your outgoing traffic, the content or data you accessed, or the DNS queries generated by you.”

However, the only thing the VPN service claims it knows is the ISP of the user and the day the user connects to a VPN location. PureVPN further states that it needs the data for troubleshooting technical issues and such.

One more thing I must mention here, PureVPN seems to be the first in the industry that is compliant to the European data privacy act, i.e., GDPR.

PureVPN has a treasure trove of features to offer. Basic VPN features aside, the VPN service is also equipped with some added tools that we would hardly find in other VPNs. Let’s take a look at some prominent features of PureVPN:

There are numerous reasons why people use a virtual private network. Some use it for security purpose, while some need it for streaming, unblocking, and downloading. Regardless of what the purpose is, a VPN uses bandwidth just like any other online application. The good thing is that the VPN service doesn’t put any cap on the bandwidth usage. Therefore, as a user, we are free to browse, download or stream anything we want to our heart’s content.

Connection drops happen. Not so frequently, but they sure do happen. However, the connection isn’t the main problem. The main issue is the exposure of our VPN activities to the ISP when the VPN abruptly disconnects. The Internet Kill Switch is the feature that keeps users’ activity hidden by killing all the Internet activities when a disconnection occurs.

IPv6 leak is a common issue in many sub-standard virtual private networks. Even though you are connected to the VPN, the DNS or IP still leaks. Well, I checked the DNS leak and IPv6 leak protection feature of PureVPN, and I was glad to find that it works. The VPN does keep my IP secure against unexpected leaks.

I am an active VPN user because I want both unblocking and security. However, there were times when I had to switch between a VPN and the regular ISP connection to connect with a local FTP server. Well, switching between VPN and ISP is pretty infuriating because it interrupts my work. Luckily, the Split Tunneling feature saved me unnecessary switching by allowing me to split the traffic between the VPN and my local ISP.

As the name suggests, it is an added feature or tool, and its purpose is to give the user, i.e., us, more functionality and convenience.

Ozone is the umbrella term that the VPN service has given to its enterprise-grade security features. Ozone offers a 360o cybersecurity solution to users who want maximum security against numerous online threats. Ozone includes the following advanced security tools:

Gravity, on the other hand, is a secure DNS service provided by PureVPN. However, it should be noted that it cannot work simultaneously with a VPN. The feature is best for users who only want to connect to a secure DNS and not a VPN.

Port Forwarding is a feature for tech-savvy users. It is something that is prevalent in the online gaming community. Online gamers often create dedicated servers for a specific group of players. Consequently, they require port forwarding to allow others to join the server using a specific port.

Apart from gamers, port forwarding can be used for remote accessing and also hosting local servers.

Port forwarding comes as an add-on by PureVPN, and like the Dedicated IP, it is offered by only a few VPNs in the industry. However, what sets PureVPN apart is that it is the only VPN service that offers a Port Forwarding features which works simultaneously with a VPN.

It should be noted that not every VPN service in the industry, including the “A-listers,” offer dedicated IPs. There are only a rare few VPNs that provide Dedicated IP add-on, and PureVPN is one of them.

Dedicated IP is a great add-on that can be pretty useful in numerous cases. For instance, you might require a Dedicated IP to access your home or office’s private network, local FTP servers, and such. Moreover, if you are a security-conscious person, you might need it for accessing your bank account securely from anywhere. These IPs are frequently used by businesses around the world because it allows them to control which IPs can access their network.

Regardless, PureVPN offers dedicated IPs from 8 countries including the US, the UK, Australia, Germany, Canada, Singapore, Malta, and Hong Kong. The best part is that they even offer the IPs of specific cities such as New York, US. The IPs are available at a highly affordable price, i.e., $1.99/month.

Torrenting or downloading via file-sharing websites is a pretty common activity among VPN users. Some users subscribe to a VPN service specifically for torrenting. Anyway, it is important to note that not every torrent is reliable or trustworthy. Some troublemakers create malicious torrents that end up leaking users’ activity or harming their devices. The P2P protection add-on of PureVPN is built for the sole purpose of preventing users from downloading any malicious torrent and thus keeping users’ system safe.

I found another good thing about the VPN service is that it doesn’t hesitate to cater a wider audience. What I mean is that VPN users aren’t limited to Windows, Mac, iOS or Android. In fact, as a VPN user myself, we might need a VPN for our gaming console so that we can access location-locked games. Likewise, we might require a VPN for accessing add-ons on Kodi. PureVPN seems to understand the diverse uses of a VPN and which is why it has built compatible VPN applications for a wide breadth of devices, consoles or operating systems.

Following are some of the devices I found on their Support center:

The support center of PureVPN has step-by-step tutorials on all the devices and operating systems that are listed here.

Anyway, PureVPN allows unblocking of a great number of geo-restricted streaming services through its app.

Every VPN service has its goods and bads. But, the deciding factor always is, “Does the good outweigh the bad?” In PureVPN’s case, it seems the pros do overshadow the cons

For instance, it has a good pool of VPN servers and IPs. It has some great add-ons such as Dedicated IP and Port Forwarding. More importantly, it is available at a reasonable price.

Well, that was my review of the service and conducting several tests. I leave the choice up to you.