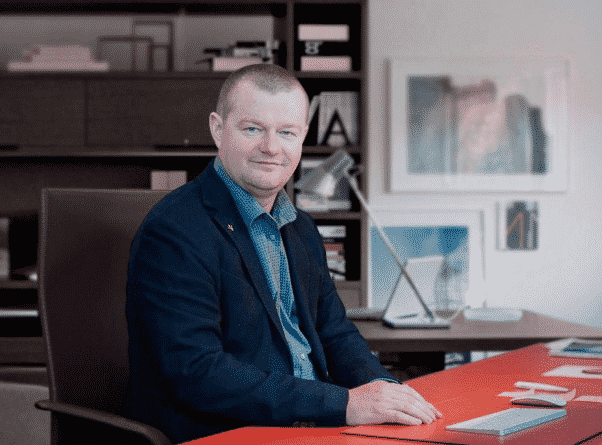 The History of FireFly

The FireFly starts from American engineer Tom Markusic who has been working in the space industry for 20 years already. The Elon Musk’s SpaceX, Richard Branson’s Virgin Galactic, and Jeffrey Preston Bezos’ Blue Origin are the main projects from his portfolio. All the companies mentioned above support the idea of “New” space and set the goal of making space flight more affordable through the implementation of technological innovations.

In 2014, Markusic takes a decision to create his own company that would work to develop launch vehicles for satellites. This was the birth of FireFly Space Systems and the work on creating constructively new in terms of technical facilities launch vehicles Alpha and Beta has started.

Three years later, the company was on the verge of bankruptcy because of the loss of the key investor who had not been able to fulfill his investing obligations. The businessperson Max Polyakov saved the company from cash collapse and named it FireFly Aerospace (FA).

After the company got new investments, it managed to achieve better results than for the previous 4 years.

The first flight of the Firefly Alph? is scheduled for the second part of 2019. In the next two years, 2 launches per month are planned. Alpha will be able to deliver up to 1 ton of payloads into low-Earth orbit (200 km) and up to 600 kg into sun-synchronous orbit (CCO – 500 km). This weight class fits mini and microsatellites (10–1000 kg) and nanosatellites (CubeSat, 1 –10 kg).

Firefly Beta – is a more powerful rocket that consists of three modules Alpha. It is designed to deliver the payloads up to 4 tons into low-Earth orbit and up to 3 tons into CCO. The rocket can be used repeatedly like Elon Musk’s Falcon 9.

In the view of Max Polyakov, the commissioning of FireFly will provide the more affordable price of space payloads transportation that will increase the commercial launches’ potential.

Max Polyakov went into business right after University in 2000. It took him just 8 years to found and promote several companies. Maxymiser is one of them and now it works on web-content personalization and optimization, as well as “cloud” testing of business software. IBM, Epson, Lacoste, and Lufthansa implement Maxymiser’s solutions. The huge American IT-corporation Oracle that ranks second after Microsoft in software output.

In 2012, Max Polyakov became a managing partner of venture capital fund Noosphere Ventures. Nowadays, the fund invests the digital economy (AdTech) and launching space systems. In 2015, Noosphere Ventures deployed its own start-up EOS Data Analytics (Earth Observing System Data Analytics). The company works to enhance the effectiveness of the Geographic Information System (GIS) data collection and analyses, as well as to facilitate access for a broad range of users. EOS team created several successful services that simplify the access to the satellite imaging of the Earth’s surface and allow making either simple or sophisticated remote sounding data analysis online.

The software is used in scientific, agricultural, building, and silvicultural sectors (Land Viewer, EOS Platform, EOS Crop Monitoring). EOS took part in the Google project to reduce the unsustainable expenditure of water resources in the state of California that is well-known for its arid climate. The company’s innovative solutions helped extract an algorithm of individual water wastage standard calculation for every household.

In 2017, EOS Data Analytics became a part of the International Astronautical Federation that deals with issues of peaceful space exploration.

In addition to business projects, Max Polyakov supports youth development and helps young talents achieve their potential in science and research, engineering, and IT.

In 2014, with the support of this philanthropist, within Noosphere Association, the research facilities network Noosphere Engineering School was founded to cooperate with universities. The mobile app MyPol (My Police) was developed on the base of this school. Its official start was announced and took place in summer 2018. The app is the official communication channel with law enforcement agencies. Now, one can call the police fast via smartphone, as well as to activate it for an update on criminality in his/her locality and even to assess the performance of a policeman from his badge number.

Over the past few years, through Max Polyakov’s initiatives, the Noosphere Association arranged and held:

Noosphere team does not intend to stop and it already has a whole plan laid out on new events scheduled for 2019.

Max Polyakov thinks that the popularization of science and the cooperation between scientists, explorers, and representatives of technology companies contribute to the development and promoting new techs for a global business environment. That means the future is going to be innovative and conducive to humanity.

FireFly within the Best Community

In recent years, outer space became one of the major trends in the sphere of tech innovations and researches. SpaceX Blue Origin have revolutionized the space industry and managed to become the first private companies that launched reusable vehicles Falcon New Shepard and returned them back. However, Blue Origin is designed for space tourism and its prospects are not as close as desired. As for Elon Musk’s Falcon, it is hard at work for the benefit of humanity. To date, successful satellite launches into both low-Earth and sun-synchronous orbits were made, as well as the launch of the Dragon cargo spacecraft within ISS maintenance mission.

SpaceX’s success is numerical. The market capitalization of the company was $20B for the last 4 years, and its economic interest in the world aerospace market increased by a factor of 10 and now it is a half of the total launches.

Unlike Falcon 9 with its carrying capacity of 22 tons for the entering the low-Earth orbit, FireFly launchers are more compact promising to be significantly more economical.

It should be noted that the RocketLab Company already successfully works in the niche of small satellite missions. However, its Electron has four times lower loading capacity than Alpha that makes FireFly launcher more attractive.

Besides, Max Polyakov’s company is effortful to optimize technological processes. The newly opened R&D Center in Dnipro is developing an electro-reactive engine and its own satellite. Last spring, Petro Poroshenko visited the Center and discussed the prospects of Ukrainian commercial uses of space with Max Polyakov.

The Ukrainian specialists and capacity’s participation in FireFly AeroSpace projects is not occasional. The country has enormous science potential and the technical basis in the field of rocket development. Taking into account the promise of commercial space launch, the Ukrainian side’s participation in this tech chain looks very promising.

At the same time, Max Polyakov and his FireFly AeroSpace continue to cooperate with the USA – the leader in a number of orbiter missions for now. In 2018, the rockets started 20 times from the American spaceports. Private companies launched almost all of them. FireFly can be among them very soon. Besides the permission to use the Air Force spaceport in California, the company got a great vote of confidence from NASA.

It included FA in the top nine of companies that can take part in the 10-years lunar exploration program. Lockheed Martin and 7 other small but perspective American aerospace startups hit a very select group as well.

The USA government plans to give $2.6B for the Lunar project. The contractual companies should deliver loads on the satellite surface and FireFly has a great chance to prove itself.

After the R&D Center was opened, FA claimed the Advisory Board establishing. It will have a task of expert advice for creators and management. Jeff Bingem, Robert M. Liefoot jr., George Nield, and William Riddie became the members of the board.

Jeff Bingem worked in the NASA legislative office, was a Senior Adviser on space issues in the US Senate, and was responsible for the policy of establishing space stations to the science and Transport Committee.

Robert M. Liefoot jr. has built a successful career in NASA and ended it as a Chief Operational Director and Bureau Chief on a part-time basis.

George Nield is a Ph.D. in Aeronautics and Astronautics, a military test pilot, and the Head of flight program Space Shuttle integration. He used to work as the Head of the Commercial Traffic Department in the U.S. federal aviation administration and was instrumental in the space accessibility for private companies.

William Riddie is a veteran-astronaut, a participant of Space Shuttle program, and a President Emeritus of one of the American spaceports. He used to work as an Assistant Director for space flight in NASA.

Such experienced consultants should strengthen the FireFly Aerospace’s position as a major player in the aerospace market.

Remember that Alpha launch should take place in the second half of the current year. It will be the first FireFly’s step towards New space in the company of such “aces” as SpaceX, Orbital, RocketLab, and others.