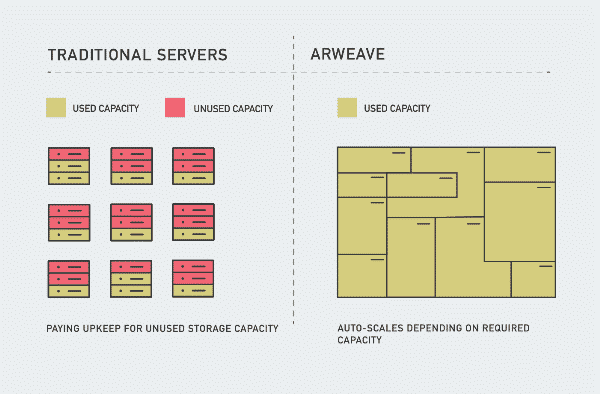 The Internet is the gateway to the digital world and the lines between the digital and physical worlds is being erased by developments such as VR and AR. However, not much has changed about the Internet since it was developed over the last two decades. Of course, the web has become extremely interconnected to make the world a truly global village, the user experience has improved tremendously such that you don’t need any coding skills or experience to use the Internet, and the web collective is now microcosm of the human experience.

Nonetheless, the web hasn’t changed much in that it is incredibly centralized to be controlled by governments, organizations, and corporations. There are gatekeepers on the web, and they determine the information that people can access. Sometimes these gatekeepers can alter/delete information – essentially the web in its current form lacks the trust and transparency that would be expected of a global record of human history.

Introducing Arweave – the decentralized web you own and run

In 2017, a team of academics, developers, and entrepreneurs decided to create a truly decentralized web that provides an immutable storage of data on the web in a cost-effective way that doesn’t price users out of the market.

The decision led to the development of Arweave, a decentralized web platform that enables you to permanently host your web apps and pages, simply and quickly. The team took Arweave through a rigorous testing phase at Techstars Berlin startup accelerator program and they eventually raised $8.7M to build a decentralized Internet. Arweave as a technology is built on four cardinal points; namely, Blockweave, Proof of Access, Wildfire, and Blockshadows.

It is instructive to note that Sam William, the co-founder & CEO of Arweave has deep background in technology; having bagged a Ph.D in computer science from University of Kent. He was also technical advisor at Minespider and he mentors at Techstars blockchain-focused startup accelerator.

The decentralized web is here

Arweave’s solution for decentralizing the web is not a blockchain in the conventional sense of the term. Arweave has invented an entirely new technology that it calls the Blockweave. Unlike a blockchain where blocks of data are generated linearly, a Blockweave weaves blocks of data all over a network. In weaving Blocks, the blockweave leverages a Proof of Access consensus protocol that reducing mining costs while enhancing on-chain storage of data verifiably.

The practical application of Blockweave in decentralizing the internet is exemplified through the PermaWeb. The PerwaWeb is a decentralized version of the Internet in which web pages are stored permanently, immutably with cost-effective and scalable hosting solutions. The Permaweb is accessible through any regular web browser and it already has close to 5,000 users within the last 10 months of going live.

Here’s why we need to decentralize the Internet

The problems that Arweave is trying is solve are fundamentally the root causes of the privacy debate, censorship of free speech, and the overbearing government control on our lives.

Over the last two decades, it has become increasingly clear that the centralized nature of the Internet makes web platforms vulnerable to hackers who can steal data or change publicly available data to propagate fake and fraudulent information. Some unscrupulous webmasters, organizations, and governments could also be guilty of altering or removing information that had been previously provided on the Internet when it suits their agenda.

For instance, a 1-year study conducted by Environmental Data & Governance Initiative suggests that the Trump administration might be guilty of editing government websites and other publicly-available information on climate change.

The study suggests that some research work on mitigating the challenges of climate change, benefits of renewable energy, and a student’s guide to climate change among others being censored under climate denialism activities.

Secondly, many organizations and government agencies often keep databases of records such as contracts, building structural plans, or criminal records that sometimes need to be saved up and recalled 20 to 40 years later. There’s no guarantee that such records can’t be altered or deleted intentionally/unintentionally.

More so, interconnected nature of the web relies heavily on link building between different sources to provide references, context, more information about stuff. In many cases, when you look up online reports that are over 3 years old, you’ll come to the painful realization that some of the links have been removed, redirected or simply broken.

Apart from the lack of trust and transparency in how information is currently stored in a centralized world wide web, the storage costs of the traditional client-server architecture or cloud storage deals often leads to many web resources getting out of commission when operating funds runs low. For instance, it costs between a minimum $5 and $10 to keep a resource hosted per month. Hence, a situation where the webmaster stops paying for hosting often causes the website to be brought down, its data and backups will be lost, and it becomes very difficult to retrieve the information stored on such websites.

With the decentralized Internet, web resources can enjoy serverless hosting, which is quick and easy to deploy, without the overhead upkeep and management costs. The best part is that all developers, businesses, and organizations regardless of their sizes can use the Arweave to automatically deploy, manage, and scale their apps.

Sam William, the co-founder & CEO of Arweave explaining The meaning of a decentralized internet at TOKEN2049 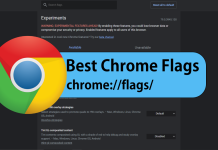 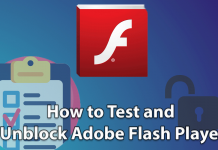 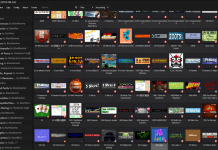 You Can Now Play Over 36,000 Flash Games Saved Offline