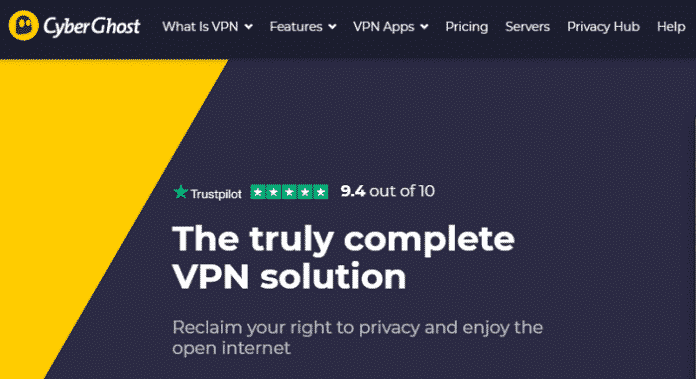 VPN stands for Virtual Private Network. In essence, a VPN is a way to make you anonymous and protect you and your device when you are on the internet. You can think of it as a private tunnel to and from your device, in contrast to the public freeway that is the internet. A VPN forms this “tunnel” by encrypting your data and sending it off to a server, which then protects and shields your identity on the World Wide Web, as your data is no longer linked directly to you. There are countless reasons to use a VPN, but in essence, it can protect all aspects of your privacy and keep your online experience safe and free. Sound good to you? Read on for a CyberGhost review and learn about the pros and cons of this popular VPN.

CyberGhost is a VPN company based out of Bucharest (Romania) and founded in 2011. It has experienced rapid growth and quickly emerged as an option worth considering when shopping around for a VPN. This CyberGhost review will lay out its key features and weigh the pros and cons to help you chose whether it is right for you.

The many free options on the VPN market beg the question, “Why pay at all?” But in the world of VPNs, the adage “you pay for what you get” does hold some water, meaning that if you pay nothing, don’t expect much more than a headache in return. CyberGhost weighs in at a hefty $12.99 per month for monthly plans, but the price drops steeply to $5.99 a month for a 1-year plan and a very reasonable $2.75 per month for a 3-year plan. This stacks up favorably with competitors such as NordVPN, at $2.99 per month for the 3-year plan, and beats out Private Internet Access’ 2-year plan at $3.49 per month. 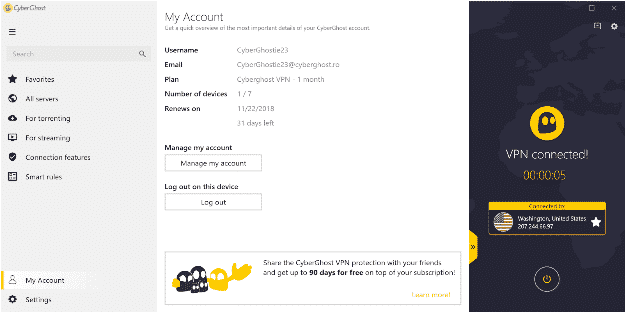 But what kind of value does CyberGhost deliver for its price? The specs at a glance: the subscription covers 7 devices, which is better than the average for similar VPN service providers. Its speeds are in line with those offered by competitors, although they don’t blow them out of the water. A point in CyberGhost’s favor is its speedy tech support by chat, with a team available 24/7 to resolve any issues with client setup or during everyday use. The support team can field requests in English, German, French and Romanian. But no CyberGhost opinion would be complete without addressing its two significant strengths: privacy, and ease of access to geo-restricted content.

Robert Knapp, chairman of CyberGhost, said, “The only way to secure your data is not to store it.” And Romanian laws, which govern CyberGhost due to the location of its headquarters, allow it to put this philosophy into practice. CyberGhost has strict No logs or tracking policies, meaning it only collects the data it absolutely needs to function. In line with this emphasis on users’ rights and privacy, CyberGhost was the first in the VPN industry to publish a transparency report back in 2011. The company does not subject itself to an independent audit, which could be a further step to reaffirm its commitment to privacy. However, it does have a very up-front and clear explanation of what it does and does not store on its website, which is more than can be said of many of its competitors. 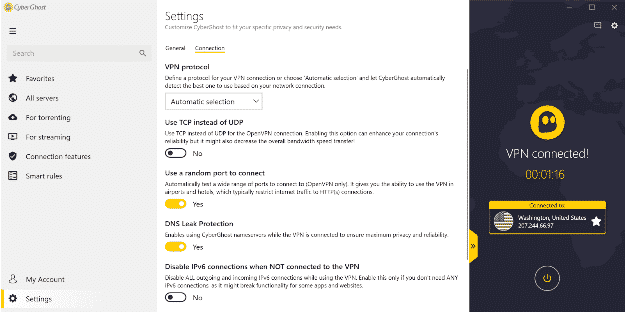 One of the most significant features covered in this CyberGhost review is the interface that tells you which server to use to unblock specific geo-referenced content (Netflix, YouTube, BBC iPlayer, etc.). This takes the guesswork out of the equation for users and dramatically increases the VPN’s ease of use for this purpose. CyberGhost is also consistently ahead of the curve in terms of finding ways around the obstacles to VPNs put up by these sites. For Netflix, for instance, the VPN continually outperforms its competitors in terms of access to the streaming service. It can achieve this with the support of 3600 servers in over 60 countries, and, unlike many VPNs, it has physical infrastructure in each of these countries instead of running virtual servers that only appear to be located there. One caveat for location-related concerns is that if you are based in China, CyberGhost does not currently work in that region. 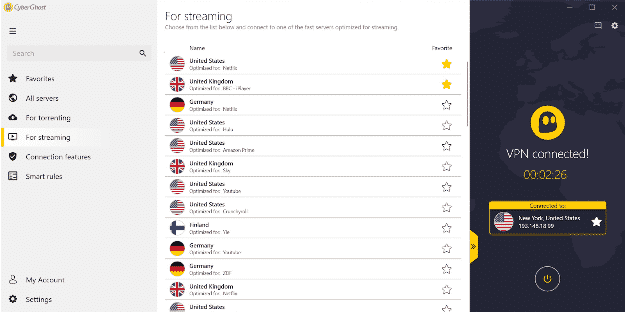 Other features and considerations about CyberGhost VPN

Beyond privacy and easy access to certain kinds of content, CyberGhost’s other features mostly tip the scales in its favor. For instance, it includes software that blocks ads and malicious websites. Concerning security, the VPN remains on even when your screen is off, meaning your device is protected whether or not you are actively using it. And if a VPN is like a private tunnel, then CyberGhost, with its 256-AES encryption, is one made to withstand a bombardment. This standard is used by the U.S. government and is even accepted by the NSA for communicating confidential information (although this fact would not necessarily give the NSA greater access to information sent using this protocol). 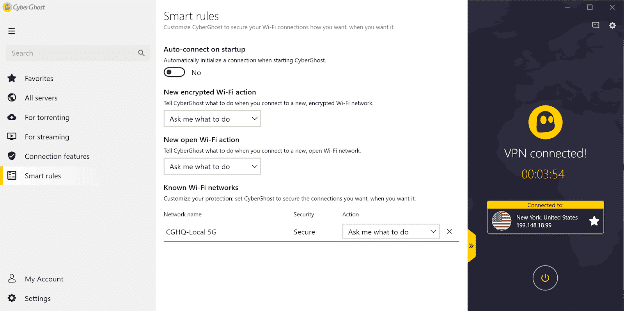 One downside to consider when looking at CyberGhost is the 24-hour trial period, which is short by any measure. However, the service does have a 45-day money back guarantee, so in essence, you have much longer than the initial free period to explore the match between you and this VPN service.

In terms of usability, the VPN client (the software you put on your computer) is easy to download and install. The user interface itself is intuitive and straightforward, with a one-click option to connect and other personalization choices available should you wish to customize your experience.

CyberGhost is a feature-rich VPN that delivers value for money spent. While matching its competitors in terms of speed, it leaves them behind on the issue of privacy and for accessing geo-restricted content. Despite its short trial period, CyberGhost’s money-back guarantee coupled with its customer support, easy-to-use interface, and bomb-proof encryption make it a very attractive option for anyone on the market for a premium VPN.