In the earliest days of Bitcoin, many of those in the space were fascinated by the potential of a peer-to-peer electronic store of value, referring to it as “digital gold.” This even became the title of Nathaniel Popper’s book on the topic. In putting together the book, he leveraged his influence as an NYT journalist to gain inside interviews with many of the earliest participants of the cypherpunk movement. The concept of Bitcoin as a form of electronic cash also fits with Satoshi’s initial idea described in the project’s white paper. 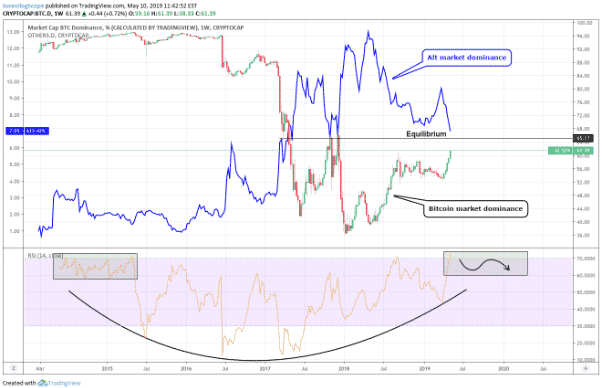 The Development of Blockchain Beyond Bitcoin

When 17-year-old Vitalik Buterin entered the crypto scene back in 2011, he quickly became fixated not on the possibilities of Bitcoin, but its limitations. He saw far broader potential in the application of blockchain technology, comparing Bitcoin as a pocket calculator to Ethereum with all the functionality of a smartphone.

Buterin’s work indeed laid the foundations for the thriving ecosystem of blockchain platforms we see today. Over the last 2-3 years, we’ve seen the emergence of EOS, Tron, Zilliqa, NEM, Stellar – there is now a lengthy list of potential platforms from which a developer can choose. Each has its own token, but none has managed to eclipse the might of Bitcoin, which holds a higher market dominance today than any time in the last two years.

Furthermore, no token has ever come close to reaching, let alone surpassing, the USD value of Bitcoin. Of all the cryptocurrencies, it has an unparalleled level of community support and is even now starting to attract more institutional investment.

That Bitcoin serves as such an effective store of value is undoubtedly its core strength and the reason it has flourished over the last decade. However, by itself, Bitcoin still has its limitations. Block processing time limits transaction capacity, and Vitalik’s point about Bitcoin being a one-trick pony stands true. At least, it does if you look at the Bitcoin blockchain in isolation.

But looking at the bigger picture, there is now a thriving ecosystem of other projects. These are bringing features to the Bitcoin ecosystem that make it greater than Satoshi ever originally envisioned.

RSK brings smart contract capabilities to Bitcoin. It has been developed as a side chain of the Bitcoin blockchain, pegged to the main chain and secured using merged mining. This provides all the same security and decentralization benefits of the Bitcoin blockchain. However, the RSK platform is faster and more scalable than Bitcoin, enabling up to 100 transactions per second (tps) in contrast with Bitcoin’s 7 tps. The token of the platform is RBTC. The value of this token is pegged to BTC, and its creation locks the equivalent amount of BTC in a smart contract.

Towards the end of 2018, RSK was acquired by RIF Labs, which also launched the RSK Infrastructure Framework, aka RIF OS. The RIF OS layer is a set of protocols aimed at allowing faster, easier, and scalable development of distributed applications (dApps). Together, the two layers enable broad interoperability with other networks and aim to accelerate mass-market adoption of blockchain technologies. 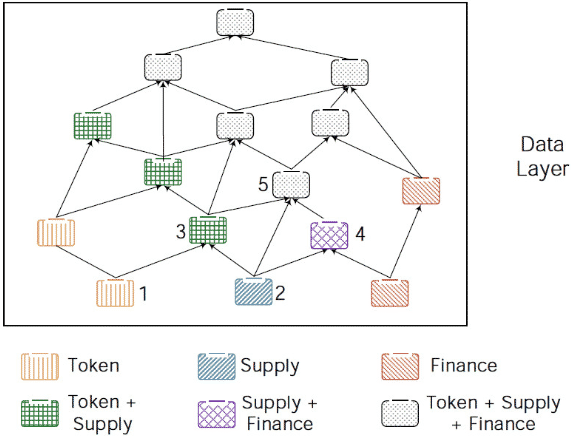 Because the Bitcoin block confirmation time stands at around ten minutes, making a payment in BTC is far from an instant settlement. Furthermore, if there is a surge of payments on the network, it can quickly become congested. This is the problem that the Lightning Network aims to solve.

The Lightning Network was developed by Thaddeus Dryja and Joseph Poon, the latter of whom has gone on to work on Plasma, the scaling protocol for Ethereum. The network operates using payment channels, which involves the creation of a multi-signature wallet. If Alice wants to send Bob some Bitcoin, they can open a payment channel that both of them can access using their private keys. Then, they can send instant payments to one another, which are only recorded on the blockchain once the payment channels are closed.

Because the transactions happen off-chain until a later point, it’s unlikely that the Lightning Network will ever be used for significant transaction values. However, it does overcome the challenge of micropayments. It could ultimately prove to be the means of purchasing a cup of coffee using Bitcoin, making it another critical enabler for mass adoption.

2019 has seen a resurgence in the price of cryptos. Helped along by the publicity around Facebook’s Libra project, there is now a renewed public interest in cryptocurrencies. Nevertheless, Bitcoin is still way ahead of the pack.

Now that projects like RSK and Lightning Network are overcoming the initial limitations of the Bitcoin blockchain, there is no reason that Bitcoin shouldn’t emerge as the development platform of choice. This would even further cement its leading position. Overall, there’s every indicator that Bitcoin will continue its reign long into the future.