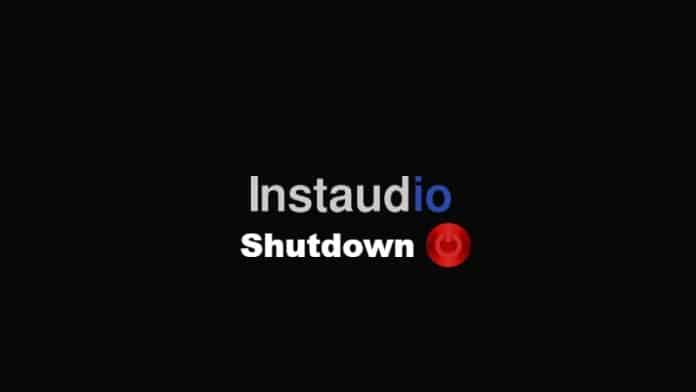 Instaudio, a file-hosting service specialized in audio, has decided to shutdown in a few weeks citing legal pressure, reports TorrentFreak.

Currently, Instaudio is no longer accepting new uploads, nor new user account signups. On August 31st 2019, all uploads will become unavailable to the public, which includes both normal and “private” uploads. The links will stop working except for the logged-in users that uploaded them. This will allow users with an account to still download all their uploads.

Further, on September 28th 2019, all remaining content, and all user accounts will be permanently removed, leaving only a message of what once was.

For those unaware, the Instaudio website was launched by an anonymous musician in 2013, which allowed users a quick and easy way to upload music files. This new niche hosting service only shared audio files for which users had the right to distribute (in other words, their own work). The site further strictly disallowed uploading of music that does not belong to users or any “leaked” work by other artists.

However, over a period of time, some people started sharing pirated audio files not only on the website but also on popular forums and leak-sharing sites with links to Instaudio.

As a result, the operator started getting takedown notices from record labels and organizations representing them. While the site accepted and honored takedown requests, the operator had to frequently worry about removing content from his platform that was never meant for leaks.

Despite the operator’s best efforts, the abuse didn’t stop which in turn forced him to put an end to the site himself.

“The abuse situation has gotten to the point where I’m being threatened with ‘legal consequences’ and other such things because, in those organizations’ judgment, I am ineffective at preventing infringing content from being distributed through Instaudio,” the Instaudio operator said in a public announcement.

Besides citing “abuse” as one of the reasons to shutdown Instaudio, the operator also cited significantly increased costs due to hotlinking files and bulk-downloading content as another reason for the shutdown.

“Other forms of abuse also occurred, such as automated bulk-downloading, or hot-linking to Instaudio-hosted files on webpages with high traffic. Both of these result in high bandwidth, and therefore high cost for me,” the operator noted.

Instaudio was a personal project of the operator, as all costs such as web hosting for the site itself, hosting for all the uploaded audio files, and cost of the domain name were borne by him.

Although the operator had a sponsor, the costs incurred were way too much that resulted in shutting Instaudio down as the only logical conclusion.

“As time went on I had to put more and more effort into the ugly side of keeping Instaudio running, which left no energy to work on cool new features. Coupled with the cost and the stress, it became an overall negative for me,” Instaudion’s operator wrote.

“I have other, more fulfilling hobbies that I’d much rather spend the time and money on,” he added.