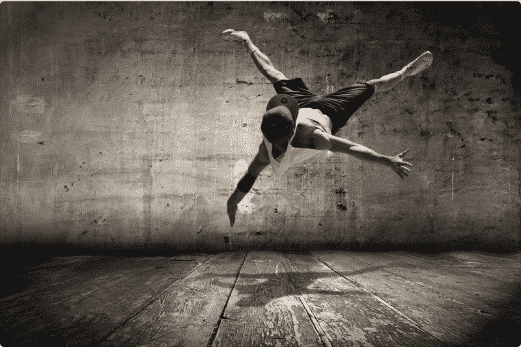 Businesses interested in building powerful applications with Java must ensure that they hire experienced and proficient software engineers capable of using the language to its full potential. The following skills are essential for Java developers.

DevOps as a concept has been embraced widely by the global tech community. It originated with the Agile development methodology and is focused on expanding collaboration between the development and operations staff when building software.

By bringing those formerly separate roles together, companies can reduce the length of the development lifecycle and produce higher-quality software.

That’s because this process brings those responsible for building and maintaining the software together in one supercharged team. Developers gain a better understanding of what end-users want and what software maintenance specialists need to succeed–and can integrate these important considerations into the final product.

The best Java developers can demonstrate that they can work well in a DevOps framework by explaining how different operating system concepts, the Linux terminal, networking, and continuous integration and delivery figure into the deployment and maintenance stages.

Java is currently the second-most popular programming language for Android applications, with an estimated 46.2% of apps developed in the last four months using the language.

Developers prefer Java because the language is very secure, uses object-oriented development, and is platform-independent, meaning all its apps can be used across operating systems.

In addition, Java comes with a range of useful libraries that make Android app development simple. This includes the popular Apache Commons, JUnit, and Google Guava.

One of the reasons that Java has become so popular among experienced engineers is because the language effectively uses object-oriented programming (OOP). Java, along with Python, Ruby, and C++ use the OOP approach to eliminate many of the problems associated with traditional procedural programming.

OOP uses a combination of abstraction, polymorphism, and data hiding to prevent code from being inadvertently altered by other code. It accomplishes this by using objects to compartmentalize data–utilizing class declarations to describe object contents and tasks.

Developers should be able to clearly explain how abstraction is used in Java to represent complex code and information. They should also be able to detail how engineers use encapsulation to keep code safe and avoid unintended consequences.

Finally, Java engineers must have a solid background in polymorphism to succeed in complex development projects. That’s because the same word can have different meanings in Java and the developer must suss out the meaning using clues from the surrounding code.

Java is a programming language that uses asynchronous programming to speed up development. This type of parallel programming allows users to complete multiple actions simultaneously. This can improve software performance and responsiveness.

Compare this with the standard approach, referred to as synchronous programming. In this approach, a user launches an action and the program stops running until the computer returns a result. The user cannot start a second request until the first is complete. This can slow down performance and frustrate users.

Java uses AJAX, an acronym for Asynchronous JavaScript and XML, in order to use parallel programming. AJAX uses standard XHTML and CSS for content and presentation while using JavaScript to build dynamic content.

By using AJAX, developers can integrate form validations, server data retrieval, and dynamic updates into the HTML source instead of refreshing the entire page.

Hiring managers should ask potential new hires to detail how asynchronous code functions in Java and how AJAX can be used to increase website dynamism and download times.

Quality assurance is one of the most important, yet often overlooked, aspects of the software development lifecycle. It ensures that software works properly is easy to understand, and is free of major bugs that might harm the company and put consumer data at risk.

Most quality assurance teams will use a combination of end-to-end, integration, and unit testing before the software is released to end-users. However, unit testing is by far the most important and time-consuming method.

It involves testing the smallest logical unit, such as a package, file, class, or module, of a Java application. Engineers should test each unit as its developed, ensuring that it works before integrating it into the larger program where errors are harder to find.

The best Java developers should understand manual unit testing and be able to create an automated unit testing system that can generate, update, and execute unit tests.

Because unit testing is so critical to success, hiring managers must question applicants on the subject thoroughly. Candidates should be able to explain the differences between testing methods, provide past examples of unit testing from their own work, and identify a Java unit testing framework and describe its benefits.

Data privacy is the number one challenge facing American tech executives today. That’s because the number and sophistication of cyberattacks continue to increase every year.

Companies in every industry are investing billions of dollars in data privacy protections. But all of that money is for naught if their development team lacks the skills necessary to safeguard their valuable consumer data from thieves. Criminals are constantly trying to acquire social security numbers, banking information, and other personal data that they can use to defraud others.

One of the reasons that Java is so popular is because the language already comes with cybersecurity features built-in. These include configurable security levels that prevent external code from inadvertently, or purposely, altering other code.

Java also can run untrusted code in a secure environment. This allows developers to run unknown code secure in the knowledge that it cannot harm their computer. Finally, Java comes with static data typing, which reduces the likelihood of run-time detection errors.

Final-stage candidates should have a solid understanding of data privacy in Java and be able to explain the language’s main cybersecurity features easily. They should also describe their approach to software security and how data privacy is assured both during development itself and during the quality assurance phase of the project.

Java is one of the most popular programming languages for good reason. The highly versatile language is used by major corporations and Java development services to create powerful desktop programs, web applications, and Android apps.

Businesses interested in hiring Java developers should screen for important technical capabilities, such as DevOps, Android, and database development. They should also ensure that candidates have a working knowledge of object-oriented programming, unit testing, and performance testing.

Finally, all prospective candidates should have a basic knowledge of contemporary data privacy and cybersecurity issues and understand how to integrate data protection into the development process.