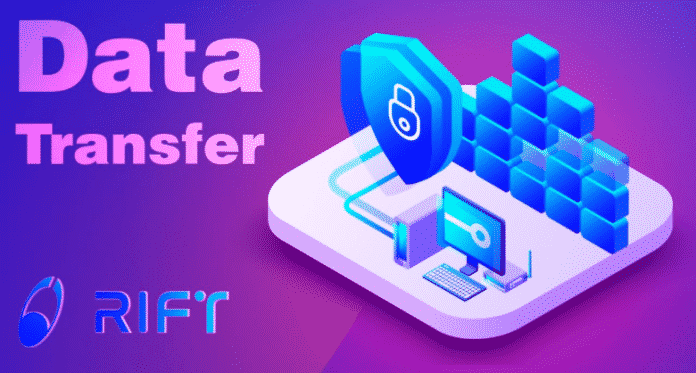 With its unique mechanism of data transfer optimization, RIFT not only allowed to introduce record 5Gb blocks to ILCoin’s live net, but also to perform millions of transactions per second, giving blockchain enough capacity for global implementation.

Due to its qualities, blockchain technology has found many applications far beyond the crypto industry. Nowadays, almost every large company, with billion-dollar giants like Amazon, IBM, and Google among them, – as well as the majority of national governments, – are exploring the possibilities for its adoption.

It seems like the hype that hit the blockchain market in 2017-2018 has been replaced by a new steady trend, as our society is creating a real demand for the technology.

Meeting this demand by answering one of the most pressing issues of the industry, ILCoin creates the potential for revolutionizing the way we are dealing with data every day.

On the way to adoption

Due to its structure, blockchain offers a revolutionary approach to data storage and management, characterized by immutability, transparency, efficiency and a high level of security. No data in the chain can be discreetly deleted or changed – intentionally or by mistake; while the network itself offers better protection from attacks and damage than local storage.

All these qualities of blockchain technology can be useful in modernizing education, supply chain management, medicine, civil records – and many other industries, high-tech and traditional alike. However, despite their advantages, in practice, blockchain-based networks proved to have limited capacity for growth. With the increase in data volume and the number of users, these networks would slow down, preventing the mass adoption of the technology.

Meeting the demand for growth

Bound by the scalability limit, many companies engaged in blockchain development resorted to using external storage. This allowed them to remove the load from the network – but also deprived from the benefits of decentralization. All other approaches, such as increasing block size or distributing data between servers, didn’t lead to a stable positive result either. So, in the light of increased demand for a solution to the scalability issue, the new technology introduced by ILCoin comes at the right time.

‘Blockchain network have certain technical limits by their nature – and that’s something we cannot change. Still, our developers found a way to use the structure of blockchain to our advantage, rein in its limitations and effectively operate large amounts of data,’ commented Norbert Goffa, the Executive Manager of the project.

ILCoin Development team optimized data transfer by introducing the second layer of blocks and a brand new sync mechanism. With simultaneous synchronization, the latest blocks in the chain get processed at the same time, which prevents bottlenecks. Both layers of the ledger are interconnected by references and work in tandem, offering unlimited scalability potential for any network powered by this protocol.

Stable 5Gb blocks, available to users since the end of November, serve as a live proof of the efficiency of RIFT. With this block size, transaction weight of 232 bytes, and 3-minute block generation time, the new protocol can carry out over 23 140 987 transactions for each block – which is more than enough to support the widespread utilization of blockchain technology. Decentralization provides enough safety for adoption even on state level, while the increased efficiency makes it possible to meet the needs of millions of users.

RIFT protocol is universal: in the future, it can be used by any project that wants to implement blockchain technology, or built into existing SHA-256 blockchains. The new technology will allow to create university supernets, power official digital currencies for easy borderless payments, control the authenticity of supplies, build new generation data storage – and other decentralized solutions aimed at improving all aspects of our everyday, bringing in safety and efficiency.

Having finished with the update, ILCoin is proceeding to the next stage of the project – developing DCB (Decentralized Cloud Blockchain) platform, which will offer its own on-chain file storage system, customizable smart contracts, digital wallets, a decentralized application constructor, and many more useful features.