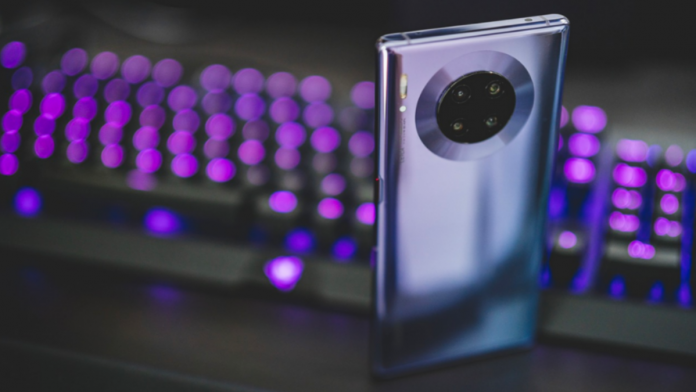 Israeli start-ups are hard at work cultivating 5G technology and compatible systems for maximum bandwidth and minimal latency. The 5G revolution will increase capacity by a factor of at least 50 X what’s currently available on 4G, with much lower latencies. Cloud computing technology, Internet connectivity, AI tech, and 5G apps will be operational at ultra-high-speed, allowing for augmented reality applications, autonomous vehicles, and new frequency ranges upwards of 39 GHz.

Israeli startups are leading the way in this regard, including the following 4 companies:

Security of home/office IoT devices is the name of the game for SAM Seamless Network. Headed up by CEO Sivan Rauscher, and headquartered in Tel Aviv, this exciting start-up has already generated $15.5 million in funding since inception in 2016. This company is banking on increased adoption of its technology with 5G networks. Among the many IoT devices connected via the Internet include home security systems, doorbells, and the like.

SAM steps it up a gear, with enhanced cybersecurity protocols, smart device management, and parental controls. By fingerprinting network-connected devices, this cloud-based system ultimately understands behavior, using machine learning processes and analysis. Next, a profile is created, with unique security policies to identify any malicious code. Competitors include McAfee, Cujo AI, and F-Secure. Already, SAM is contracted to Telenet Group in Belgium, and Bezeq in Israel.

This impressive start-up already has captured the attention of major venture capitalists in the form of Intel, and it is being advised by an elite group of military intelligence entrepreneurs from unit 8200, Team8.

DriveNets was founded in 2015, and is headquartered in Ra’anana, Israel. The CEO is Ido Susan. To date, this Israeli start-up has secured $117 million in funding for its cutting-edge technological solutions designed to slash the cost of upgrading to 5G networking hardware. DriveNets creates telecom network software that differs considerably from legacy network hardware that is available through companies like Juniper Networks and Cisco. The company’s model is affectionately termed the ‘Network Cloud’. It boasts many powerful features including lower levels of investment (for switches and routers, et al), easy scalability, and simplified network infrastructure.

This is one of the most impressive Israeli startups to watch, given that founder Ido Susan sealed a $475 million deal with Cisco for his very first networking startup. The company’s first round of funding raised $114 million, with leading investors such as Bessemer Venture Partners and John Thomson the Microsoft chairman. This startup is set to revolutionize the networking landscape in much the same way as IT was changed by cloud computing technology. There are some competitors in the midst, including Nokia, Cisco, Huawei, and Juniper Networks. A leading Tier 1 service provider from the US has already signed up as a customer, with no further details available at this time.

Autotalks began operations in 2008. It has secured funding of $90 million to date, and is headquartered in Kfar Netter. The chief executive officer (CEO) of Autotalks is Haggai Zyss, and the company creates semiconductors for inter-vehicle communication on the road. The semiconductors also allow for communication between traffic lights, and other traffic infrastructure, as well as pedestrians in close proximity to the vehicles. The technology includes V2X (vehicle to everything) – C-V2X and DSRC.

By creating software capable of situational awareness, autonomous vehicles are less likely to get involved in accidents, generating enhanced road safety. These two chipsets created by the company make it possible for developers and manufacturers to craft single V2X platforms, saving costs, and passing these cost savings on to consumers. The technology is sufficiently advanced to allow vehicles to identify potential dangers, reduce traffic bottlenecks during rush hour, and create safer driving conditions on the roads.

5G technology will certainly unleash the powerful capabilities of this technology, allowing for substantially increased bandwidth, minimal latency, and maximum responsiveness. Currently, the list of competitors includes companies like Peloton Technology, Commsignia, and Cohda Wireless. As a pioneering entity in V2X technology, Autotalks has several heavy hitting investors including Samsung Ventures and Hyundai Motors. Plus, it’s already operational in China, after successfully conducting a real-time road test with a Chinese partner.

This Israeli start-up was founded in 2016, with its HQ in Tel Aviv. Its partners include Microsoft and AT&T. Spearheaded by Nir Raz (CEO), this company’s VigilAir system closely monitors urban and rural environments for drone traffic. It encompasses a database comprising 95% of drones that are available commercially.

The sensors on the ground and the sensors in the air are capable of identifying and tracking dangerous drone traffic. This assists law enforcement authorities, public safety officials, and civil aviation in the maintenance of safer skies. The company does not create 5G technology; it uses 5G networks and the cloud computing power available on them. The company’s competitors include WhiteFox Defense Technologies.

As a leading Israeli start-up, with vested interests in the Microsoft Edge computing cloud network and the AT&T Foundry, Vorpal has already been successfully deployed in Israel to protect the Tel Aviv airspace while the 2019 Eurovision contest was in session.