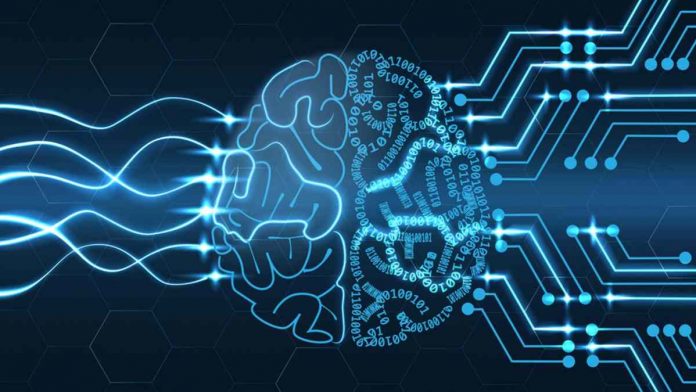 When it comes to promoting cybersecurity within organizations, one of the most fundamental steps that enterprises can take to ensure the longevity of their cybersecurity measures is to welcome the inclusion of modern technologies, such as artificial intelligence and machine learning within their organization’s security infrastructure.

Throughout the course of the recent years, however, as the amalgamation of AI-powered security tools has started to become more widespread within organizations, IT specialists are starting to steer into unchartered territory and explore alternative ways in which the AI tech could be leveraged to provide an arsenal of benefits.

Perhaps the most significant aspect of AI implementation, that hasn’t yet made its way to the mainstream, is the potential role that it can play in effective software development.

When it comes to the companies directly involved in software development, any progress that they can hope to achieve because of the advancements made in the technology is heavily stunted by a wide variety of challenges, including a dire shortage of skilled developers. In addition to the lack of talented developers, some development projects simply never get to see the light of day and are canceled midway into development, usually because of insufficient funding, or in a worst-case scenario, development may also cease because of bugs.

Fortunately, however, a new report from Deloitte paints a highly positive picture, about the many ways in which software developers can harness the power of AI in their favor. According to the revelations made in Deloitte’s latest report, AI-centric tools can significantly aid software development, through an arsenal of ways including reducing the number of keystrokes that developers need to type in half. Furthermore, AI-powered tools can catch bugs and vulnerabilities, along with thoroughly analyzing the code to ensure that it is deployable.

The inclusion of AI-powered tools reduces the risk of malware and other cybercrimes, enables the automation of certain menial, and time-consuming processes within the software development process. Working in tandem with other modern technologies such as machine learning and natural language processing, artificial intelligence can be used for the acute analysis of code, along with remedying project schedules, delays and application defects. All in all, the amalgamation of artificial intelligence within an enterprise, as per the discoveries made in Deloitte’s report, is a highly lucrative practice that results in the formulation of accurate code, along with the creation of better requirement documents.

Having said that, however, the revelations made in Deloitte’s report weren’t rooted in baseless speculation and theory; instead the report cited specific examples through which organizations can rely on to promote AI-generated software development. Some of the most significant ways through which organizations can promote software development, consist of the following:

As we’ve already mentioned above, one of the biggest hurdles that companies face in the deployment of software is to ensure that the projects that they’ve taken on are fulfilled within time. Fortunately, as cited as one of the primary examples of the amalgamation of AI-centered tools within organizations, the power of artificial intelligence can be harnessed to ensure that all software development projects see their fruition.

However, before we can get into the specifics of how AI can be leveraged to provide benefits to an organization’s software developers, we’d like to talk about project requirements, or more specifically what the term “Requirements management” implies.

The implementation of AI digital assistants can ease the tedious process of requirement management, by automating some of the most tiresome tasks and actually performing them better than any human ever could. Some of these tasks include the thorough analysis of documents, along with the discovery of ambiguities and inconsistencies within them, and then remedying these inconsistencies by offering improvements.

Furthermore, since the AI tools employed by organizations are powered by natural language processing, they can equip enterprises with the ability to detect issues such as incomplete requirements, compound requirements, immeasurable requirements, along with escape clauses. The lucrativeness of such AI-centric tools is further made evident by the fact that the companies using such tools have reportedly been able to reduce their requirements review time by a staggering 50 percent.

#2- Aiding in the Tedious Process of Coding, Review, Bug Detection, and Resolution:

Taking into consideration the fact that the most pivotal aspect of software development, is the successful and effective deployment of code, which is also where the inclusion of artificial intelligence comes in really handy.

As tedious and tiresome as the process of code development is, AI-powered tools can actually perform the auto-completion of code, which means that the AI tools can provide software developers with recommendations for finishing the lines of code that they were working on.

Moreover, some tools can go the extra mile and display to developers a whole list of relevant, and usable code snippets that developers can then choose from. In addition to the task of auto-completion, AI-centric code review tools can also aid software developers in discovering the intent of the code, along with scrutinizing the code for common mistakes and bugs and suggesting quick fixes. This is further validated by statistics provided by video game company, Ubisoft, which stated that the inclusion of machine learning has helped its software development team catch a whopping 70 percent of bugs before testing.

#3- Providing a Means to Enterprises to Conduct More Thorough Testing:

Once developers have finished the development phase of the software, it is extremely important that companies run tests that enable them to determine whether or not the software is ready for deployment.

AI-powered tools can help a lot in the testing phase of software development, simply by equipping software development teams with the ability to run tests automatically, along with generating tailor-made test cases. Furthermore, there is a wide variety of AI-powered tools available on the market that run tests on different scenarios relevant to the deployment of the software.

Last, but certainly not least, amongst all the examples cited in Deloitte’s report, the one that caught our attention the most was the ways in which AI can be leveraged for the effective deployment of software.

With consistent advancements being made in the field of artificial intelligence, there are some AI tools available on the market that aid companies in a variety of ways, including predicting deployment failures beforehand, by basing their predictions through an acute analysis done on an organization’s prior code releases and application logs.

In one such example included in the repeatedly mentioned Deloitte report, an online company was able to reduce their cloud costs by half and double up their application performance, simply by increasing their reliance on machine learning. The company specified it’s machine learning employment, and stated that they used it to analyze potential application runtime settings, and then use the generated insights to automatically deploy the correct environmental configurations.

As we approach the end of the article, we’d like to reimburse everything that we’ve said above, and only keep our fingers crossed in the hope that the advice we’ve given proves to be lucrative for software developers. Having said that, as the IT world becomes increasingly welcoming of newer technologies such as AI, and machine learning- it is high time that we think of the alternative potential that such tech has to offer, and expand on that!