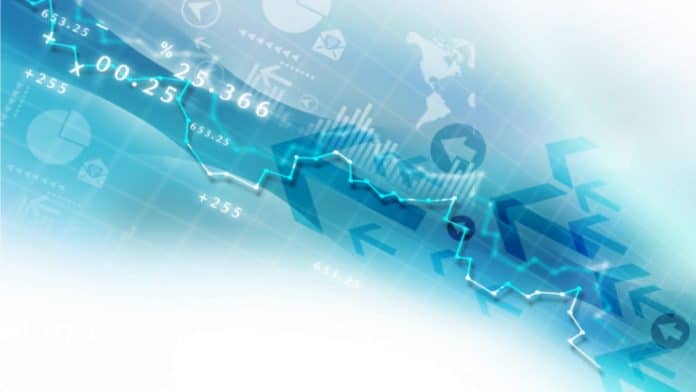 If anyone is still wondering why the rate of enterprise blockchain adoption has continued to stall since around 2017, then recent events surrounding public blockchains provide some pretty watertight explanations.

Firstly, there’s the ongoing saga of blockchain scalability – or lack thereof. Ethereum may be the most well-used platform, but as the DeFi bubble has been inflating, the world’s biggest smart contract development platform has been suffering it’s infamously high gas fees once again. Congestion, combined with high costs, would be enough to deter most enterprises. But the next question would be, why can’t they just move to a smaller and less-congested platform?

The repeated attacks on Ethereum Classic also highlight another critical problem and underscore the ever-present trade-offs faced by public blockchains. Ethereum Classic is a fork of the Ethereum blockchain, but as the former is less well-used, it can’t attract the same number of nodes to mine on the network. Being less decentralized makes it more vulnerable to attack.

Decentralization – Not an Impenetrable Shield

On the most superficial level, it’s easy to see that more nodes securing the network make it more expensive to attack. It comes back to one of the most fundamental paradigms of blockchain itself – decentralization = good.

However, digging deeper, decentralization itself doesn’t offer any cast-iron guarantees against a network attack. It merely makes it more expensive to attack the network, as an attacker needs more hash power – at least, this is true in the Proof of Work consensus. In the Proof of Stake scenario, attackers need to control a certain amount of stake to launch what’s known as a long-range attack.

Although there are plenty of technical differences between PoW and PoS attacks, they amount to the same result. Someone who attacks the network is looking to implement the double-spend scenario, effectively allowing them to print money.

They do this by reorganizing or rewriting past blocks. The further into the past they want to go, the more expensive the attack.

A double-spend attack is only possible because of the way that transactions in most public blockchains achieve finality. In a standard linear blockchain operating a Nakamoto-style consensus, finality is probabilistic across time. Yesterday’s transaction is “more final” than one that happened an hour ago because more blocks have been produced since yesterday’s transaction. “More final” simply means that the chances of the transaction being reversed have diminished.

The Need for Deterministic Probability

From an enterprise perspective, this lack of deterministic finality is a problem. Imagine a company using blockchain to manage its supply chain. In such a scenario, if a double-spend attack played out, tokens representing goods or payments could be duplicated and spent twice, resulting in chaos for the company and it’s supply chain partners. This can happen even if there’s a legal contract to state that goods and payments have changed hands.

Is there a solution? It’s unlikely that any existing public blockchains will address this issue, given the current focus on scalability and security. However, a Danish team is developing a new enterprise-grade blockchain platform with business risk management challenges in front of mind. Their project, called Concordium, delivers an innovative solution to the finality problem, called “Finality-as-a-Service.”

According to the project’s white paper, the Concordium platform operates two consensus layers to ensure fast and verifiable transaction finality. The first layer is a standard, Nakamoto-style consensus operating a Proof of Stake model using a network of validators called “bakers.” The second layer handles finality, ensuring that all blocks confirmed by bakers are finalized. The two layers work in tandem so that bakers can only confirm a new block once the previous block has been finalized.

Finalization committees, composed of nodes called “finalizers”, are responsible for maintaining the finality layer. Any baker can become a finalizer, providing they hold a minimum fraction of the total tokens staked by all bakers.

Perhaps the most powerful attraction for enterprises is that they aren’t required to operate on the Concordium public blockchain to participate in Finality-as-a-Service. If an enterprise develops its own private blockchain, it can tap into the service due to Concordium’s sharded architecture. In a similar way to Ethereum 2.0, Polkadot, or other sharded blockchains, Concordium operates a central control chain that secures the network and contains the finality layer. Any blockchain can connect to Concordium and participate as a private shard running its own consensus, but with the benefit of fast and verifiable transaction finality.

The requirement for transactions to be confirmed quickly provides critical assurances for enterprise uses considering blockchain adoption. Firstly, it offers protection against a PoS long-range attack by putting transactions through the finality confirmation layer. Secondly, transaction finality means that enterprises using blockchain for collaborative purposes can guarantee that once they reach a legal agreement, it can be effected on the blockchain without risk of reversal.

Given that enterprise blockchain’s true potential lies in trustless, peer-to-peer transactions, neither of these benefits can be underestimated in terms of enabling adoption. In devising a solution to the finality problem, it’s possible that Concordium may prove to become the first public enterprise blockchain with mass appeal.