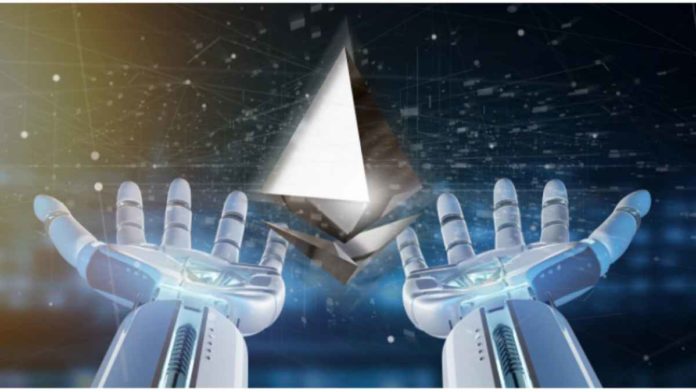 One of the most eagerly anticipated events in the blockchain space finally came to pass on December 1 when Ethereum completed the first phase of its next major upgrade: Ethereum 2.0.

Ethereum, the decentralized world computer, pioneered the now-commonplace smart contract technology, and is the second largest cryptocurrency by market cap behind Bitcoin. The transition to Ethereum 2.0 will greatly expand the scalability of the blockchain network, but more importantly, it introduces staking to Ethereum for the first time.

The rush to gain a place on the new platform has seen over 1 million ETH tokens staked on Ethereum 2.0 already, worth $600 million at current prices, and has seen the value of ETH climb over 350% since the beginning of 2020.

With that in mind, here’s a quick rundown on why Ethereum 2.0 matters, and where you can buy in on the most technologically significant cryptocurrency project since Bitcoin itself.

Ethereum began in 2015 and quickly rose to become one of the most recognisable projects in the cryptocurrency space. Second to Bitcoin by market cap, Ethereum does not compete for the same ground as the world’s first cryptocurrency, instead focusing on becoming a decentralized computing platform for a myriad of web applications.

Ethereum 2.0 builds upon that initial aim, adding to the blockchain network’s speed, security and scalability. While the current Ethereum blockchain is capable of processing around 15 transactions per second (tps), its 2.0 iteration will eventually hit numbers in excess of 10,000 tps.

The Bitcoin blockchain uses energy intensive Proof-of-Work (PoW) technology for security, as has Ethereum up until now. ETH 2.0 will employ the more efficient Proof-of-Stake (PoS), meaning users can stake their coins and receive passive income in return. This forms an attractive proposition for ETH holders, who, according to the latest estimations, would be in line to earn yearly rewards totalling 16.59%.

However, even those who decline to stake their coins on Ethereum 2.0 still might see its benefits reflected in their wallet balances. According to Ethereum creator Vitalik Buterin, the rate at which new coins are issued on the new blockchain could be half that of the current system.

Ethereum miners currently unearth 4.7 million ETH per year in return for submitting their computing power. The new system would see that figure drop as low as 2 million, and according to some financial experts, this alone could boost the value of ETH while ushering in one of the largest “economic shifts” the world has ever seen.

Typically a reduction in the issuance rate of a given cryptocurrency results in higher demand, as investors race to gain a share of the reduced supply. The upwards price pressure that’s placed on the coin as a result has been witnessed in 2020 already, as the value of ETH jumped from $130 to $600 over the course of the year – a 361% increase.

Where to Buy ETH?

There’s still time to get your hands on ETH tokens before their value climbs to new highs, should that prove to be the case.

Global customers can take advantage of the London-based financial management and cryptocurrency platform Skrill, which is registered as a UK Money Services Business.

Skrill is available to customers from all over the world, including the US, Europe, Africa, and Asia, and allows 40 different national currencies to be converted into Ethereum, Bitcoin and other cryptocurrencies. With over 100 different deposit methods including credit and debit cards, bank transfer, or a range of localized payment methods, Skrill represents a fast and easy first stop for the purchase of ETH and other cryptocurrencies.

Another venue available for would-be Ethereum investors is Binance, the Malta-based cryptocurrency exchange which launched in 2017 and quickly rose to become one of the largest venues for crypto trading in the world. However, US investors should take note: Binance is not yet legally registered in the United States of America, as well as certain other jurisdictions, although American citizens can instead trade on Binance US.

Just as 2020 witnessed the rise of decentralized finance (defi), 2021 promises to introduce a host of new technological advances and groundbreaking projects which redefine the way we interact with our finances. The dawn of Ethereum 2.0 signifies the evolution of a project whose engine is already running, and which will continue to gain steam throughout the coming year.

The most exciting advancement in the cryptocurrency space since the creation of Bitcoin is underway. Just like the birth of the original Ethereum, the next leap in the project’s development promises to have a major impact on the blockchain space.