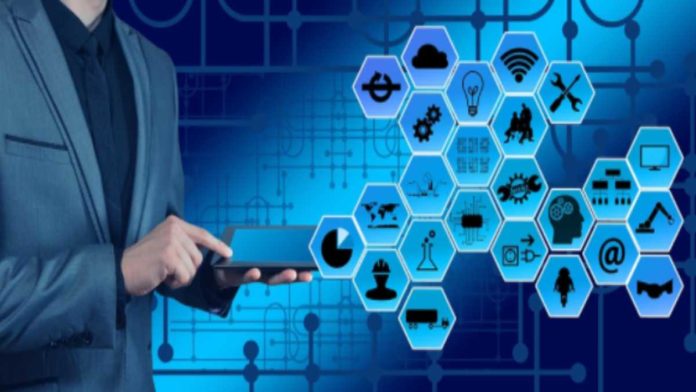 Large software and services become easier to manage when they are broken down into micro apps or microservices.

It has become a trend among developers to embrace the microservice architecture to avoid or minimize issues.

Following the modular architecture style of development, the breaking of large software into independent but loosely coupled parts results in the agile and dynamic execution of highly-defined and discrete tasks. It also significantly improves API management.

Not everything about microservices is an advantage, though. While it can help address various issues, it is also responsible for the emergence of new ones. It can give rise to new challenges unique to the new architecture.

Dealing with multiple small services makes monitoring more difficult. In an article on DZone, business agility and engineering efficiency expert Zach Jory breaks down the effects of breaking monoliths into microservices, explaining how microservices do not automatically result in easier systems.

“An obvious area where it adds complexity is communications between services; visibility into service-to-service communications can be hard to achieve, but is critical to building an optimized and resilient architecture,” Jory writes as he points out how some tasks can even become more difficult.

Microservice observability entails easy access to information that is crucial to determine the causes of failures in communication or the erratic behavior of systems. “The way services interact with each other at runtime needs to be monitored, managed and controlled. This begins with observability and the ability to understand the behavior of your microservice architecture,” Jory explains.

What are the challenges in achieving efficient microservice observability? What issues tend to emerge when coming up with an observability strategy?

Here’s a rundown of the most common challenges and how they can be addressed.

1. Overwhelming amounts of data and tasks

There seems to be a consensus among a handful of tech sites that list three pillars of microservice observability. Some extend the list to six, but what they have in common are the following: logs, metrics, and traces.

Also referred to as telemetry data, these pillars of observability result in the generation of vast amounts of data. While they are designed to provide a clear picture of individual apps in an architecture, the overwhelming amounts of data they collect can be challenging to handle. Likewise, logging, metrics collection, and tracing entail a complex multiplicity of tasks.

With data harvested and administered manually, things can become excessively time-consuming. If automation is involved, there’s also the possibility of becoming a bottleneck in a project life cycle. Either way, organizations will be faced with something they have to carefully evaluate and find an appropriate solution for.

Advancements in DevOps, fortunately, have yielded efficient solutions to the problem of data overload. With the help of artificial intelligence and suitably designed automation, both the tediousness and bottleneck issues can be addressed simultaneously.

Doing things manually, especially for larger projects, is simply not an option. It is advisable to take advantage of an advanced orchestration platform to handle the deployment of containers, autoscaling, scheduling of resources, and other tasks. Kubernetes, an open-source platform for managing containerized services and workloads, is one of the widely favored solutions for this.

2. Difficulty in making microservices find each other

Microservices need to operate in concert with each other to serve their purpose. This is easier said than done, though. Many developers find it challenging to make microservices find each other on the network and transmit data and commands in perfect synchronicity to ensure the proper operation of the larger software or system they represent.

Coordinating the functions of microservices involves a variety of concerns such as the routing around problematic areas, the application of rate limiting, and load balancing, among many others. Advanced RPC frameworks are usually used to handle these functions. A service mesh may also be used to enable inter-service communication in a microservice architecture.

The service mesh works as a lineup of proxies, which are also known as sidecars within the microservice architecture. They run along with each of the services, serving as an indirect line of communication for microservices as they pass information and instructions to other sidecars instead of the micro apps or services themselves.

The breaking down of a monolith software or system into microservices has the potential to reduce the reliability of the entire system. A monolith system typically has failure modes that are limited to bugs or the possible crashing of the entire server whenever problems are encountered. If this monolith is split into a hundred services or components running on different hosts, for example, the number of failure points significantly increases.

On the other hand, it is possible for latency to increase when a monolith is broken down into multiple services. Consider this example: A system has every microservice running at 1ms average latency except for a few, say around 1percent of all services, that operate with a 1s latency. Many will probably think that the few with a relatively high latency would not matter and would not have a noticeable impact on the system.

To avoid these issues, it helps to use software intelligence platforms. These platforms are designed to automate the detection of components and dependencies, analyze component behaviors to determine if they are intended or unwanted, and identify failures and their root causes. Software intelligence platforms provide a real-time topology of the microservice architecture to ensure the smooth delivery of microservices.

4. Traceability of data and requests

Traceability of data and requests is a major challenge in complex microservice environments consisting of dozens to hundreds of micro-apps. Unlike in monolithic systems where codes are compiled in a single artifact, the microservice architecture poses considerable difficulties.

For one, the documentation and codes naturally bounce through multiple containers. Requests go through a multitude of apps in long-winded paths. This means greater complexities for debugging and troubleshooting. DevOps teams would be spending most of their workload on troubleshooting and debugging tasks.

The good thing is that there are many tools developers can use to handle complex request tracking, including distributed tracing, throughout the life cycle of a project. Many of them are even open source including OpenTracing, Zipkin, and Jaeger. These tools make it easier and faster to identify delivery pipeline bottlenecks and monitor processes.

The microservices architecture offers several benefits, but it also presents challenges development teams cannot downplay or ignore. These challenges, especially in the aspect of observability, are not enough reason to avoid considering the microservices model though. With the right tools, strategies, and solutions, these issues can be addressed effectively.