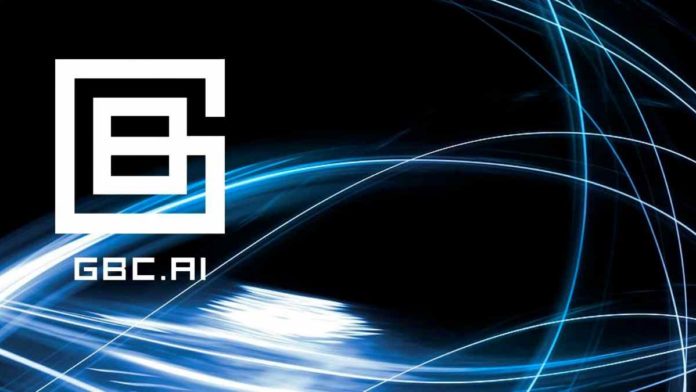 The debate about the prospects of building a unicorn on the edge of the Blockchain and Artificial Intelligence is by no means new. Although we constantly face the chatters around the numerous projects that have finally put AI at the service of their project’s needs throughout the past years, it is still early to say that the promising symbiosis between these two booming techs has been at least settled.

Today we have Robert Vasiliev – Chief Artificial Intelligence Officer at GBC.AI – answering our questions on the vast promise and current state of the AI-tech implementation to the Blockchain.

GBC.AI is a blockchain optimization framework where we, at a fundamental level, apply machine/deep learning technologies in the consensus mechanism itself.

As with centralized systems, decentralized systems are also not static. Meaning that it is impossible to select static parameters for optimal network performance. It requires constant adjustment in real time, taking the state of the network – both historical and current – into account.  It is obvious that the knowledge and efforts of even the most experienced expert teams are not enough for this, due to the great variability of the network behavior.

Our main thesis is that the optimal state of the network must and can be controlled! Our goal is to minimize the likelihood of the fall and hack of target blockchains, without losing out on performance or the very fact of their decentralization in any way. This is the big fundamental problem that we know how to solve.

As for how we stand out from other projects – GBC.AI is working on the creation and implementation of a universal solution applicable to various blockchain networks. In other words, instead of optimizing a single network, we are creating a framework that is scalable to work with all blockchains, every single one. I would characterize our fundamental difference in the scale of the tasks we face, if you will, the globality of our ambitions and approach.

The GBC project name is collected from the main mission and essence of the project – Guardian of the Blockchain. By and large, we are creating and nurturing the objective to be the “keeper of the network” who, by analyzing the history and current state of the system, offer parameter values that will always keep the network in optimal condition. With regard to the targets we are working on optimizing, we have highlighted:

But depending on the specific blockchain, these targets may change.

You know, there is a quote attributed to the artist Salvador Dali, “Intelligence without ambition is like a bird without wings.” And so for us, just like for Data Scientists, our ambition is developing trustworthy data-proven solutions based on neural network technologies. We put the data at the core, and there is never enough for us! This is one of the main hallmarks of our approach.

In effect, we aggregate a set of real data taken directly from the mainnet of target blockchains with a set of synthetic data obtained from simulation models we developed with a wide range of different behavior scenarios, including various attack scenarios and matrices.

Here I will correct you just a little. This project, applying AI in blockchain, began a year and a half ago for us, in December 2019 as part of the first implementation of the approach for the project of our partners Velas for their AIDPOS consensus algorithm (AI delegated proof of stake). We went through all the stages of implementation, starting from broad research of the topic itself and the search for ways to implement the declared concept, ending with the practical implementation of the developed approach. Moreover, we were able to test the developed approach on specific blockchains, namely the POSDAO and Solana blockchains. And here and there we have confirmed our hypotheses with real results.

It has definitely worked out. I won’t go deeply into the technical details. I’ll only say that there were corresponding targets highlighted with both, which we dynamically optimized based on the approach we developed.

For example, in the case of both Solana and POSDAO, we managed to increase performance (transaction per second) by more than 20% on average, using only the recommendation of the optimal parameters from epoch to epoch, while not losing the target of “security”. That is, in simple terms, we taught the model to take into account the mutual dependence of the target set of targets among themselves, thereby strengthening it with the trade-off function. Meaning the model we trained understands that roughly speaking, it is not smart to reduce the number of validators in the network to just one. Of course, this will maximize performance, but it will also make the network as vulnerable and centralized as possible! It takes these moments into account and finds such a dynamic unique configuration of parameters that we win on all targets in range! And we haven’t even started using reinforcement learning approaches yet!

I think I have already partially answered these questions above. I would also like to note that we try to publish all of our research and the results in authoritative worldly scientific publications. Not long ago, by the way, our article “Machine Learning View on Blockchain Parameter Adjustment” was published in the digital library ACM. In the article, you can find more technical details of the work, but in a nutshell, before starting the process of optimizing a target blockchain, we conduct a deep study and analysis of it. Throughout the course of this analysis, we divide the set of parameters that affect the objective targets into three main classes:

By actually defining these parameters on a specific blockchain, we highlight a list of functions that we will manage, and we produce their mathematical description (this could be security, performance, decentralization, the number of confirmed transactions, etc.). Further, simulations are performed based on previously developed scenarios (various attacks, falling nodes, etc.). We include a wide variety of cases in these simulations, even the most unbelievable or unlikely (although, as practice shows, it’s the most unbelievable cases that lead to the hacking of blockchains), in order to make the sample as representative as possible. Based on this sample, the AI ??module is trained, which offers its own unique configuration of parameters that we can change. And we do that for every epoch.

It is very important that our approach is “blockchain agnostic”, meaning we can work on almost all blockchains, taking into account their individual features. We believe that our approach will allow the industry as a whole to develop. Naturally, we actively interact with top blockchains including Polkadot, Cosmos, Solana, Avalanche, and others. We hope that over time, our solutions will be presented as widely as possible and open to interaction with every team.

GBC.AI is working to improve blockchain infrastructure as a whole. Every blockchain user is interested in its optimal functioning, thus our product is useful for the entire industry. From the moment of implementation of the recommendation model on the mainnet, anyone who interacts with the blockchain will use our developments.

The main audience with whom we interact is developers, researchers, analysts, i.e. professionals working in the industry with a deep understanding of the mechanics of the functioning of blockchains.

We’ve essentially made it through the research stage and the stage of testing our hypotheses on specific blockchains (POSDAO and Solana). Confirming more than once that the approach proposed by us gives a real confirmed increase. This gives us the right to assert that this approach will show itself well on the mainnet of these networks. We are currently preparing a series of scientific articles, one of which has already been published, as I said above. Actually, it is in these series of articles that we reveal the technical subtleties with the confirmed results. In this regard, of course, we are always glad to have our work verified by the external professional community!

We recently won a grant from Nvidia to conduct simulation research that will help us further refine our models.

We are now adapting our solution for other blockchains. We are forming the GBC v0.1 framework for its faster implementation into external blockchain platforms and we are negotiating with blockchain teams on the further development of our product for its launch on public testnets.

Our team brings together professionals from different fields such as AI, blockchain, and fintech. Combining the vast experience and competencies of individual members of the GBC.AI team has allowed us to apply a new approach to integrating AI into the blockchain.

The project team is truly international. We are headquartered in Australia and our team members are based in Russia, Ukraine, Switzerland, and the United States.