Ben Barry, the former designer of Facebook, has recently published a series of scans copies from the company’s known as the “little red book”, which he created during his tenure at the company.

The images give our first peek inside an interesting book which hasn’t been available on the internet before today.

The book is full of tiny propaganda quotes about Facebook’s adventurous journey and rich culture. It only began being placed on each new employee’s desk after the company hits its first billion users in late 2012. 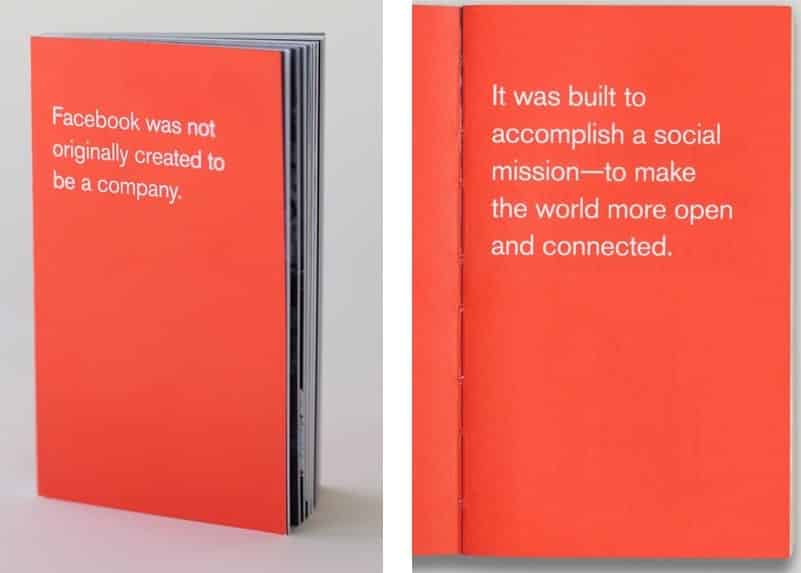 Barry and Everett Katigbak, co-founder of The Facebook’s Analog Research Lab , a print studio which is very close to Facebook’s original Menlo Park building. In his tenure at Facebook, Barry was famous for focusing only at the company’s brand, even to the point that he was dubbed the company’s “propaganda minister” internally.

According to Fast Company, anyone could use the print lab’s equipments if they wished to create anything of their own and the lab was often used to teach other employees about physical prints.

In a post on his site, Ben Barry’s office, the designer explains that the book came about because Facebook started facing challenges “explaining [the] company’s mission, history, and culture to new employees” and that “a lot of formative company discussions and debates had happened in Facebook Groups, over email, or in person. 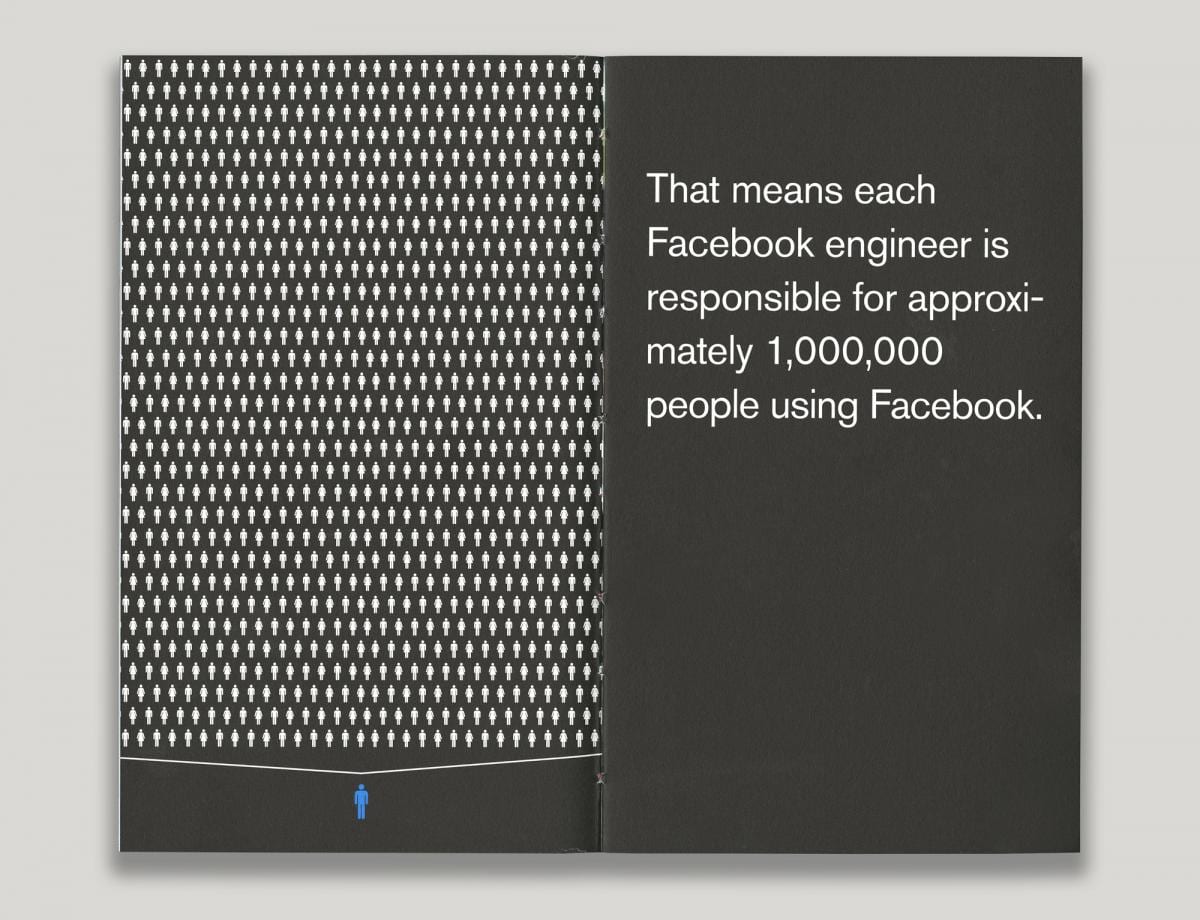 Those who were present at the time had context, but for new employees those information were difficult to look forth, even if you knew what you were looking for.”

The original “little red book” was written by Mao Zedong, the founder of Chinese Communist Party, and contained speeches, quotes and writings by him. 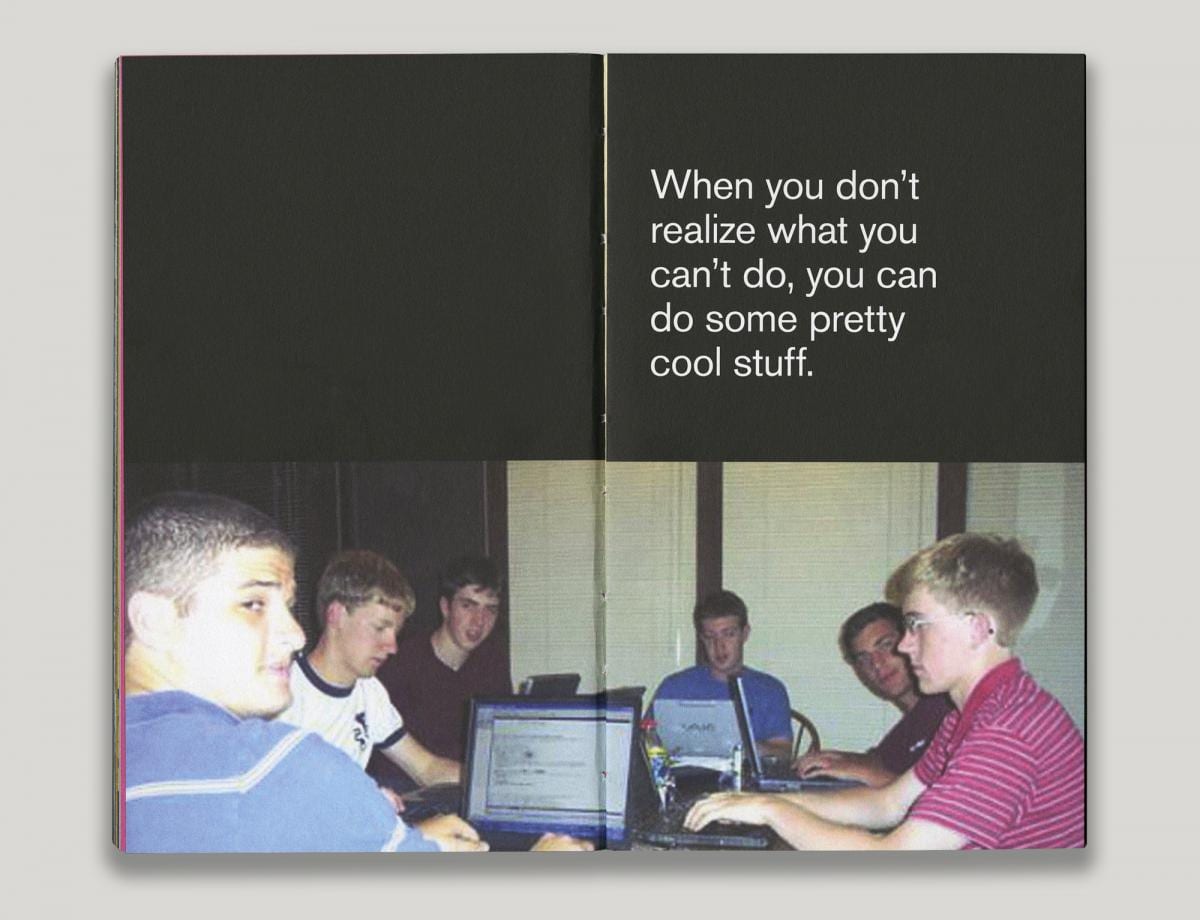 While it’s unlikely that Facebook was attempting to invoke Chairman Mao with its version, the text is filled with very similar and selective quotations.

Facebook’s version of the “little red book” is an interesting book to read that provides readers a view trough the window only into its internal culture, even if we can only see small snippets of it. 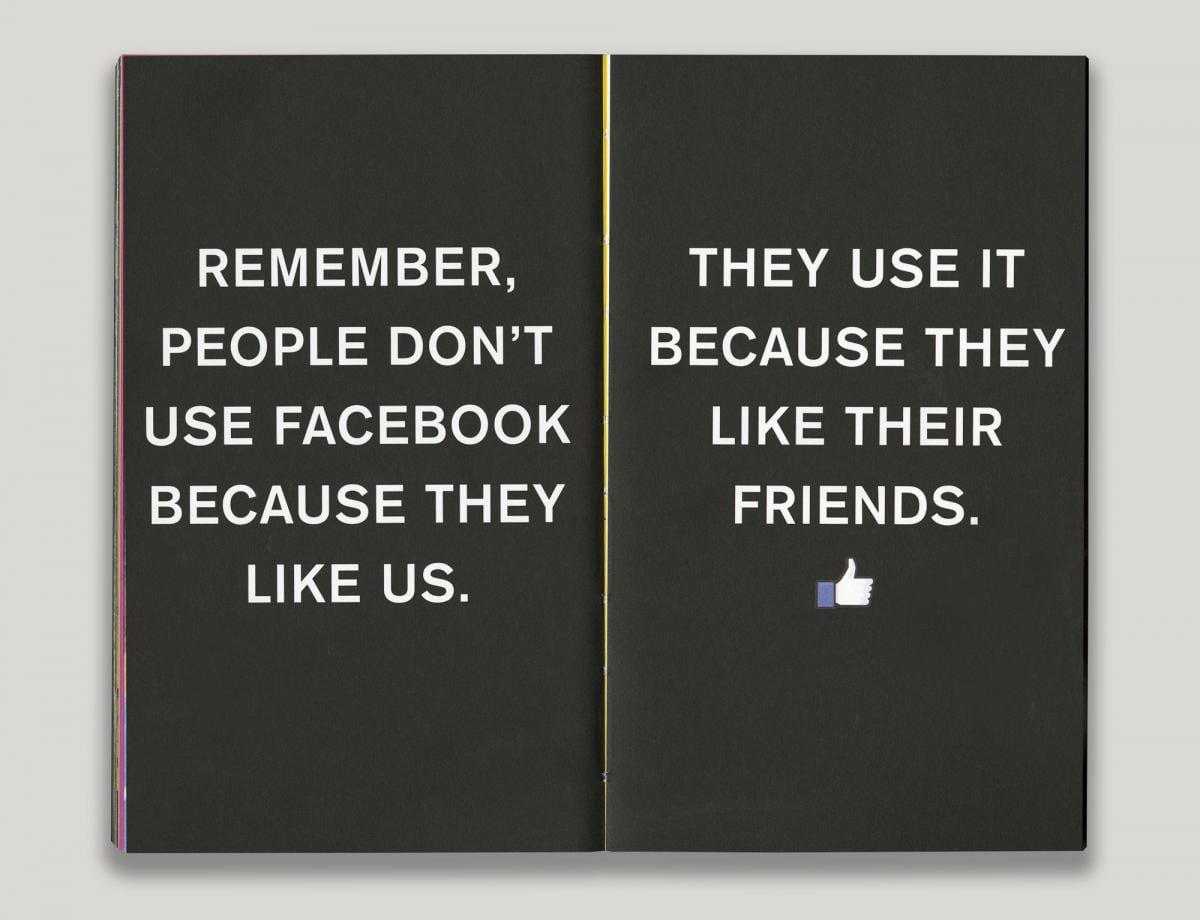 Unfortunately, Barry has only uploaded very few pages of this “little red book”. He says the only way to see the entire text; you have to achieve it by getting a job at Facebook. 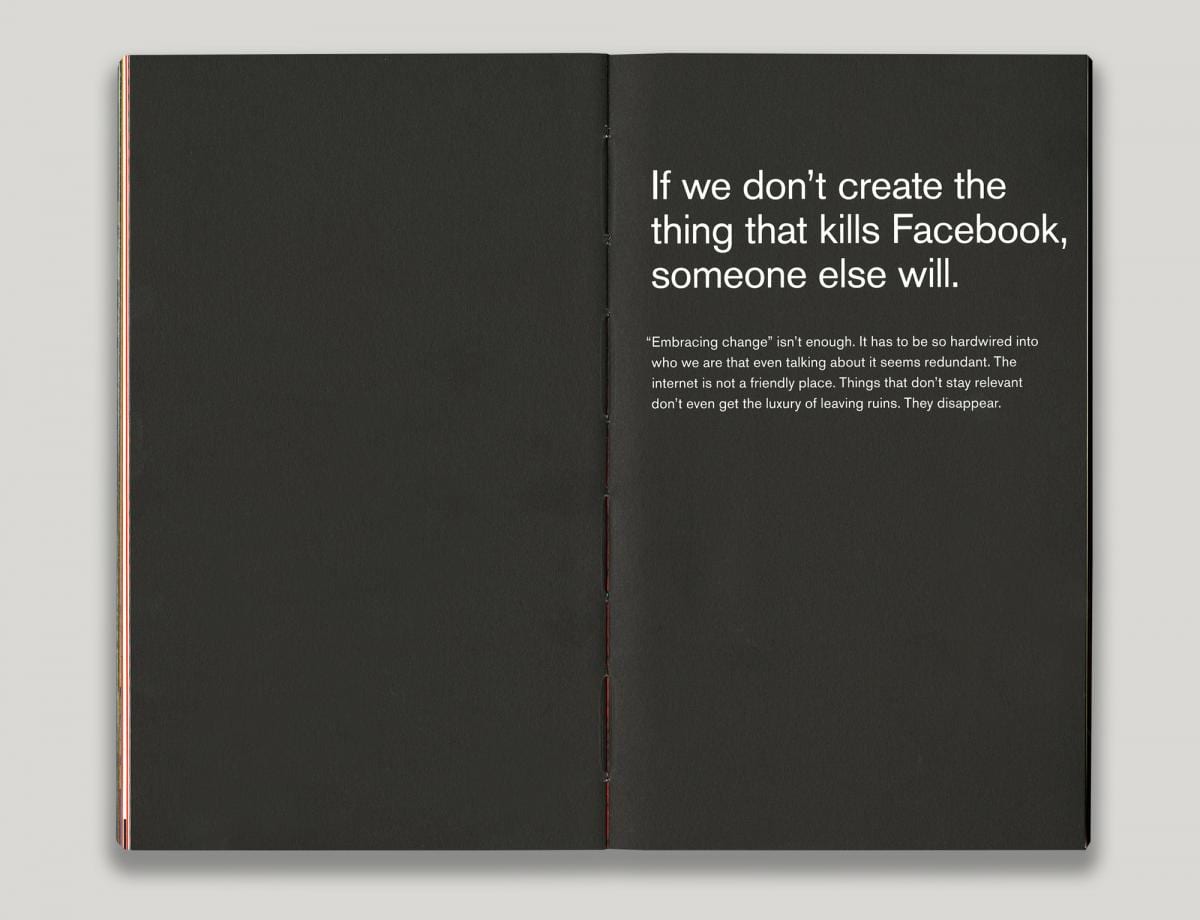